Day 4: A character you feel you are most like or wish you were 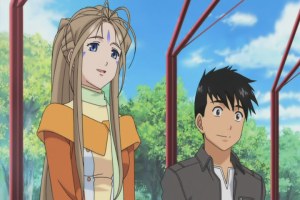 This question I always have difficult answering. I had trouble with the 30 Day Anime challenge of this one. However the good news is this one adds the “wish you were” part. So it might be easier. In all honesty I still do not know, even though the image that more than likely appeared above gives it away, but me writing this does not know who that is.

I am going to list a few of my more favorite series for main male leads and pick one of them to try to figure it out.

Akame ga Kill’s Tatsumi: A bit of a joker, but serious and would do just about anything.

Fairy Tail’s Natsu: Already starting to see a trend since it is similar to Tatsumi.

Brynhildr in the Darkness’ Murakami: Similar only add smart and harem to that.

Trinity Seven’s Arata: Similar to the first two only add perv and harem.

So, minus the harem aspect I think Murakami would be the preferred fit for how I typically am like. I think he is the

one that first out of those four. At the same time it feels a little hard to say exactly who I am like. Then again I am sort of like Keiichi from Oh My Goddess, I am clumsy, kind, somewhat smart, a college student, and a bit of a nervous wreck sometimes. So yeah, I think that fits me more out of the previously mentioned ones.

So, what character do you feel you are most like or wish you were? Also do you find this sort of question difficult to answer?

Day 5: A Manga you would Recommend to everyone

As always I hope you enjoy and I would love to hear your thoughts on this as well.