Well, in the song day seven is “Seven Maids a milking,” so I figured why not make today devoted to maids. However looking back this year there has been a major lack of maid characters or even episodes that deal with maids. This is a problem. But there are a few that come to mind.

There are two girls in Seraph of the End, although I am uncertain if they are maids, and I have not seen this cour so I cannot confirm if they are or not. There is also that one guy in Rinne no Lagrange that dressed as a maid for a majority of the show. There were a few more too. But none really stuck out, except one. Although I have plans for talking about this series on another day. Nothing fits a day for maids more than the maid of Akihabara, Kotori from Love Live.

Just the episode as a whole, although they never touch upon it ever again after the episode in season 1. I know this show is old, but I watched it this year so it counts. Still I really enjoyed this episode. It was a lot of fun. Plus Umi maid looked super mature and I love her outfit and hairstyle in that song. It was amazing.

Now I cry since I did not see Carnival Phantasm this year to talk about Arthuria (Saber) Maid. Well, I got to at least post two maid waifu pics. 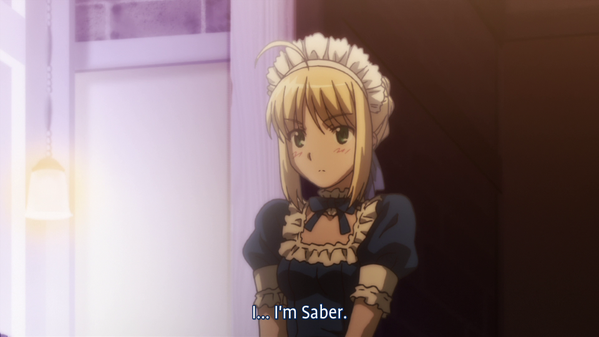