Check it Out: Concrete Revolutio 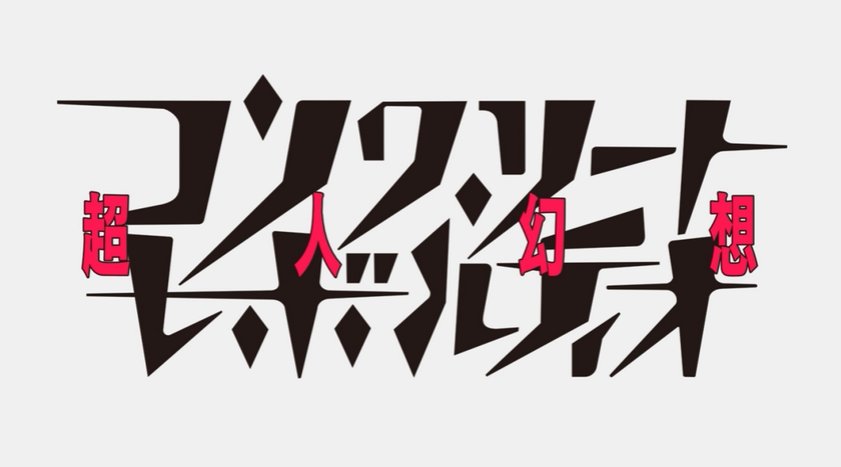 Hello and welcome to the second post in this series where people recommend anime to me. Reminder this series can only continue if people send suggestions.
Concrete Revolutio was a series I did the three-episode test on and decided to not go beyond episode four, although I felt as though I should wait, only to forget that thought and never continue once the first cour ended. So, because @the_hound2 recommended me this I decided to give it a second shot. But instead of just watching the first three episodes and calling this post over and done, I will cover the first six since I saw the first three before in hopes of seeing a new perceptive of it.

So there are these people with super powers, sort of, one is a ghost, another a yoaki, and a magical girl. They help other people with powers register and protect them as part of the government. At the same time the series flashes forward where there are issues starting to arise. The question of what is justice comes into play then. So, the second time around I think I enjoyed it more. I did not find the jumping between time as confusing as I did the first time, that much is certain. I think now that the second cour is almost over this makes viewing the show easier. This is because it jumps everywhere. Instead of watching it weekly and trying to remember what takes place when after each week for 12 weeks, well it can be work. Now just from the three episodes I am starting to see what events take place when since when they jump forward it is always different.

One thing from watching the first three episodes well, it really feels like a show that should be given more than a three-episode test. It feels like it is trying to do a lot due to the time jumps. Personally I would love to figure out how to watch it all chronologically when the second cour is done, that is if it repeats this in its second cour.

So, I have yet to watch episode 4-6 at the time of writing this, I will do that before I continue. Maybe my thoughts will change.

This was really a show that needed to be seen to the halfway point. I mean I did enjoy the first three episodes the second time around, but the following three that is really when the story is starting to be formed. The first three were more for introducing characters. These three were progressing the story and knowing the characters more. The end of episode six you get more insight of what is to come due to the time jumps. The organization they are up against is also starting to be noticed as well. As for their plans it is hard to say.

The whole time jump thing sometimes it can go well, other times now so much. I mean it does take time to get used to and it is much more understandable, at least to me, watching the episodes closer together and not weeks apart.  At the same time, it does add a mystery aspect to the series, which to now is give more questions than answers, which is fine since this show is 25 episodes long. I am just glad the answers are not being thrown all at once, but instead still have to be searched and pieced together with each episode.

The second time around I did find it more enjoyable. If the show was airing and I was trying to watch it, it probably would have dropped it again. This is a type of show that would be better to watch in several episodes, 2 or 3. I only say this due to how it jumps in time and some things can stay fresher if you are not watching them several days later.

This certainly is a show that has potential. I am uncertain how it currently is if it does get better or worse. This is mostly due to the fact that I am probably writing this a good two maybe three weeks before posting this. I am a little uncertain. I may add some more thoughts if I finished. But this being a first impressions series, I will save it for review.

Either way I still think it may be too soon to say if I would recommend this to anyone, unless they are a fan of this mystery like aspect. It is due to that aspect that could make or break a show.

Did I continue/Where am I now?

I will say after writing the final verdict I went to episode 7. As for when this is going up the series has concluded. I myself got busy with some video games, but I only have a few episodes left in the second season. I really do like it.

Would I recommend it?

Since this post is going up when I am almost done with the series. I decided to add this in. If you like mystery aspects, the first season really brings the questions. It is rather enjoyable to watch.

Long story short, yes I would recommend it to those who like superheroes.

Feel free to say your thoughts on this show or any show you think I should check out.

2 thoughts on “Check it Out: Concrete Revolutio”