Twin Star Exorcist Ep 14 Review- Is there a good thing about recap episodes?

My original plan was to do a discussion between episode 13 and 14 on my thoughts of the series. But episode 13 served as a good way to kind of do it. Then I was busy with the new season and this being the first series that I am reviewing over multiple, it suffered to find time to watch it. Well to top it off this episode not only is original, but is also a sort of recap episode. So, me covering the plot will be much shorter this time. Either way let’s get started.

Alright, there is a new opening and I just want to say I saw a few things that hint what is going to come and it is going to be awesome. We may even get the time skip at the end of this summer season portion if the show intends to be 50 episodes, which it is highly believable at this point.

Anyway, as mentioned this is a recap episode. But done with the romantic comedy aspect of Twin Star Exorcists in mind. It is the Tanabata festival, and the members of the dorm are writing up their wishes. Beino and Rokuro are struggling. At the same time Beino and Mayura are showing off their nice kimonos. 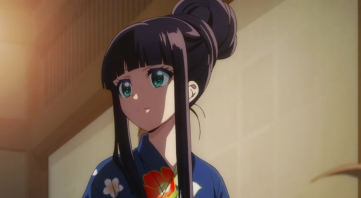 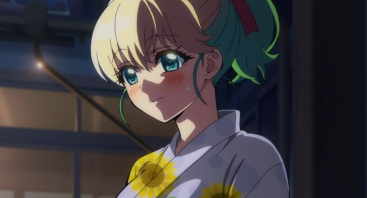 Throughout the episode Beino also takes about one of her potential wishes being that her fictional hero that she created, Ohagi Man to get a movie. It was actually funny seeing it.

But you get the see the guys of the dorm talk about how it was thanks to Beino that Rokuro wanted to be an exorcist again. While some are less pleased that Rokuro has a girlfriend.

You also get to see some of the 12 elites, namely Seigen and Shimon say their thoughts on Rokuro and what could Beino’s brother be doing.

Of course Underpants Man and Subaru discuss their thoughts on if Beino and Rokuro’s bond grew. Which they acknowledge it did.

After that Beino decides her wish remembering the events of her and Rokuro working together.

The episode ends in a post-credits scene with it showing the young exorcists wish.

But it kept the nice balance, and I was glad there was no monster of the week in this episode. If there was it would have ruined the mood this episode set out. It also really shows that if there is a more romantic comedy center episode no monster could help it out.

Besides being refreshing for the memory of the last thirteen episodes. It had the nice balance of romantic comedy that has gotten stronger since the show began.

Longer series that are more than 50 episodes I like to give it at least to around episode 20 at most before I could recommend it. Since most of this series is original. I do have to say that as of right now at episode 14 I would recommend it to people, if it keeps up. It was certainly a rocky start. But they managed to make a recap episode good. Hopefully this will be kept up in original episodes.

Either way if you skipped this episode because it was a recap, that may have been a mistake.

As always feel free to give your thoughts on the episode. Esspecially this episode since it was more of a recap episode.

2 thoughts on “Twin Star Exorcist Ep 14 Review- Is there a good thing about recap episodes?”