Twin Star Exorcists Ep 18 Review: The Struggles Before a Battle

The battle against Beino’s Brother Yuto is almost here. A huge turning point for the series is just on the horizon as well. But before that can be reached, there are still more struggles that wait the young exorcists.  So, let’s get started.

Last episode ended with Rokuro and Benio given nearly twenty-four hours before having to fight Yuto. Rokuro knows he will fight Yuto and wishes to give it his all even though it is a battle that he might not be able to win. He wants to because he is an exorcist.

The episode continues right after Rokuro said that and Beino wishes to join him. She knows she too might not be strong enough, but she wants to fight too because she is an exorcist.  So what does this mean for the two young exorcists? Training before the battle of course. 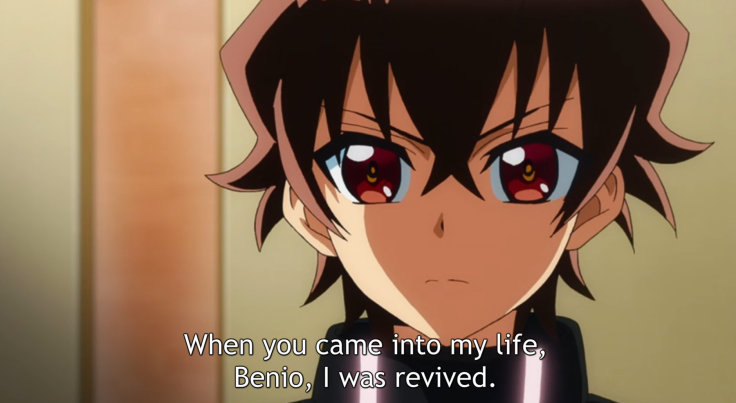 Beino asks Rokuro how many enchantments he can do. She can do up to six. Rokuro, although not stated, has not been practicing exorcism in two years and even then he can still only use one enchantment. So, since Rokuro cannot power up that overnight, the two decide to try learning more on Resonance.  They used it back first in episode 13 and then again on episode 16. Both cases they did it naturally and were uncertain what they were doing. They want to know more, how does it work, how long can they use it, and what are the side effects.

Of course they then hold hands expecting it to be just that. But it is not, they get too nervous since they realized they are holding hands. After clearing their thoughts and Beino suggesting they focus on the same thing, they then use Resonance.

However, after training for a bit they realize that it takes a lot of energy out of them. Beino decides to go rest since they need as much energy for the fight as possible. During this time, she gains self-doubt and becomes more worried than ever with how her brother views her. She runs to the dorm to get advice from her grandma. 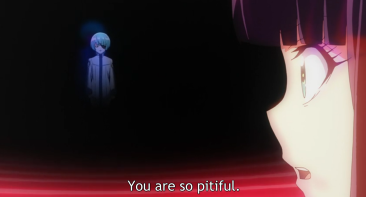 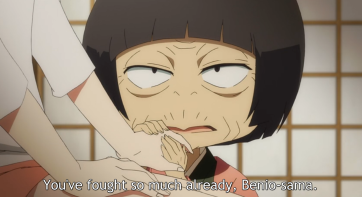 Upon getting back Rokuro is asleep and she soon join him. Of course she falls asleep right beside him too. 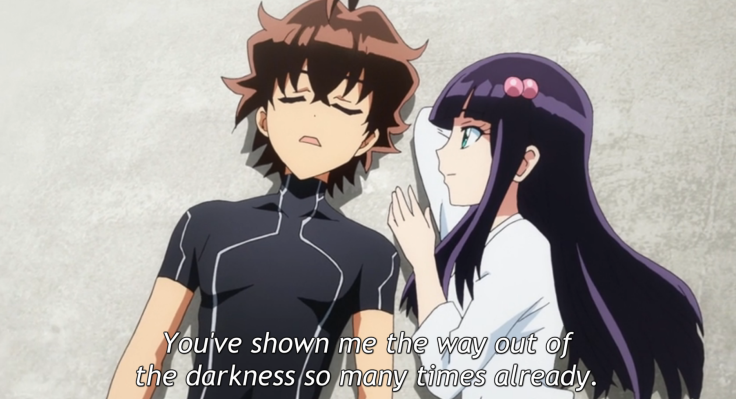 The next day Rokuro explains a bit more of the events from 2 years ago. How it was Kagare corruption that happened, and how his arm is a product of that.

After that Beino gets ready, now in her own black uniform. (This was different in the manga since they both got it from Seigen)

The two then go and meet Yuto as the episode ends.

This episode may be canon, but it was filler. The manga did not give that much of a feel of that, since it was just one chapter. This was a whole episode. It did feel slow at times, which was unfortunate, but it had some good laughs to make up for it.

This was really more on Rokuro and Beino’s relationship in the second half. It was able to show how much they changed and how they realized this. Beino became more emotional and shows her feelings more. Rokuro is growing stronger and sees himself as braver despite still being scared.

I am glad that they are not trying to make this show fully monster of the week now that it is getting into the more drama part of the manga and is not filler as much. If this episode started the fight, next week’s episode I can already tell would suffer.

As for this episode, it worked in some ways more than others. It was certainly not one of the worst episodes, but not one of the bests. It is that awkward episode because it is supposed to serve as that break between two major fights. If this break was not here, the previous episode probably would not have served the purpose as it did with this week.

In terms of giving characterization and more depth to the characters, this episode did a wonderful job. But it still suffered because it was meant to be filler even though it is canon at least in the personal enjoyment’s sense.

As always feel free to give your thoughts on the episode or series.

2 thoughts on “Twin Star Exorcists Ep 18 Review: The Struggles Before a Battle”