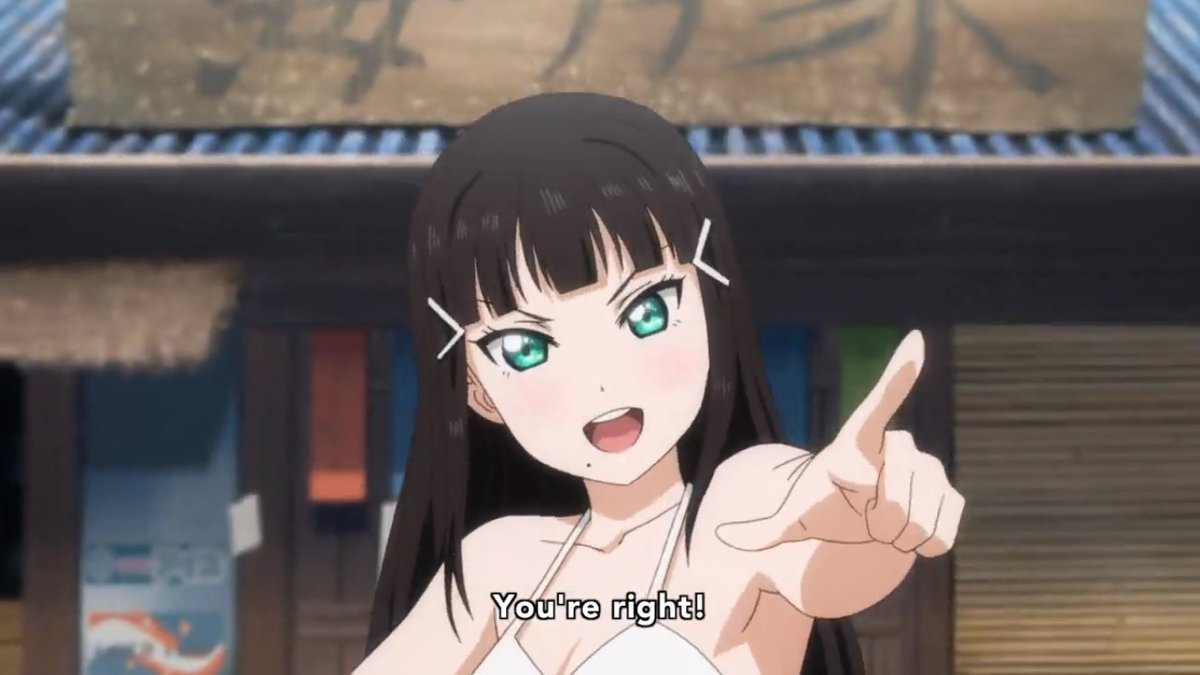 So, back in May when I did the Top Five Anime Moms, several suggestions came up. Well, besides Dad’s which was done for Father’s Day, Imoutos and Onee-sans were also mentioned. Personally I did not want to over flood Top Fives with things like this. So, I decided to go with Onee-sans. For the people who suggested this, since there were several even after I thought about it, thank you.

As always feel free to give ideas for future Top Fives. I will give a shout out, be it if they are a blogger or tweet it at me in that particular Top Five. Since there were several, and I don’t remember, this is one of those cases where I won’t, since I typically write down the suggestions.

So, let’s get started.

I do feel like this type of character needs explanation. I did this both with Top Five Anime Moms and Anime Dads. Onee-sans are no different.Now I am defining Onee-sans in this case by being blood related and NOT as someone a character may call Onee-san. They may call their older sister onee-sama, and that is fine. But getting back on track, I like them in one of a few categories.

So, now with that information out there, let’s actually start for real.

I would also like to thank Joe Morris, who made the gifs for both Number 3 and 2 spots. He creates gifs on his blog and the gifs links take you to the blog posts where there are other gifs as well.

Not really sure where to begin. Certainly she has the most tragic Onee-san down, since she is dead. She dies in the first episode, so it is not really a spoiler.

Anyway, even from beyond the grave she is still very supportive and helpful to more than just her imouto and Pheonix Wright. She certainly cared for her sister, and since the first case of the game and arc for the anime revolve around both of them, and now without going into spoilers. But even after that case is solved from time to time she pops in for words of encouragement.

Sometimes she may appear briefly, sometimes a bit more than that. She certainly is supportive no matter what and always caring. She is also lovely

So, I am still watching the anime, I am around 20 of 70ish episodes. Either way it was made clear from the start that Rui is not only very very lovely and seen as such. But she certainly has that careful genius side to her that her little sisters look up to. Not only that she helps her younger sister’s boyfriend realize somethings and make him take risks in order for him to stay with her younger sister. But her careful behavior is not just the advice in the ways of love, but in heists too. Telling her sisters, it may be too dangerous and to think about it. More than anything she is the brains behind the operation.

She is honestly the Onee-san character that not only made me think of doing this list, but really made me think more about the Onee-san character in general. I mean I do like her for her looks. I like her overall attitude. Although she is known for her intelligence in magic, she is not really seen using it in the show. Nearly all her scenes she is either drunk, asleep, or about to do one or the other. I really like that goofy side to her. She may be intelligent, and yes she does care for her little sister. But her being goofy is really what drew me to her and makes me not focus as much on the other details when it comes to her.

Also it is funny how some of the problems tend to revolve around her when she is involved in any situation.

Certainly the first few episodes I did not like Dia. THAT CHANGED QUICKLY. It was episode around episode 9, with the whole backstory with the third years. I will stay away from spoilers. Either way she changed a lot after the resolve of that arc.

She came off as that serious, mature beauty. I personally loved early on when you find out how Muse obsessed she is. But it was not until episode 9 when I really enjoyed her. She certainly is seen as the mature beauty. Plus, that goofy side that soon follows her that quickly made me like her. Then how much she cares for her sister. It is ridiculous how much it is and I just love the chemistry between the two of them. It makes me like both of them so much more. Dia is certainly my favorite older sister in Love Live, despite other characters in both series having younger siblings.

She is technically a half-sister, but she is still the eldest sister, and will always be my favorite older sister character, favorite for a lot of other things too. Akane gave some of the ideas what I liked about the Onee-san character. But Urd really is who it is based on and who it revolves around. It only used three since it was easier and the more noticeable reasons. 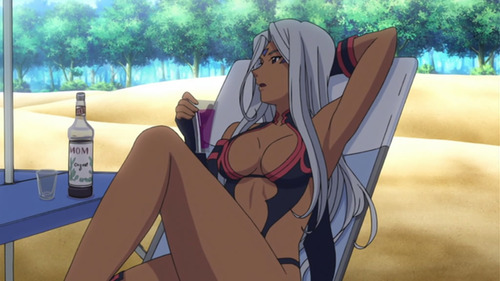 Alright, so, as much as I love Belldandy, she is lovely, sweet, and so much more. Urd is certainly dropped dead gorgeous. I do not like saying comments like this and this has probably been one of the few times I have. I truly mean this.

She is certainly intelligent too. Sure she might not be tech smart like her younger sister. But magic, spell wise, and love wise, she is a lot smarter.

I like her rebellious side too, how she constantly may be a source of some of the problems in the series. I honestly enjoy the manga when these problems do arise.

Certainly mentioning these previous things random goofy moments do appear since she may be the cause or tries to cover up some other mishap from someone else. Either way she is certainly a lot of fun.

I think I mentioned this was the second anime I ever saw. Although I have not seen it in years, the manga I been reading a lot this past year. Some of the manga only moments just seem so much more fun seeing it revolve around her. I am honestly curious how it will be in the manga where the anime did not cover. I probably will just love her more then. But I certainly remember watching the anime I rather enjoyed her character a lot, and even after all this time after four years later, I can seem her being on this list if I tried to do it again a few years from now.

So, who is on your Top Five Onee-sans list. Unlike me they do not have to be blood related or whatever, still free to comment your thoughts.

Again, thanks Joe Morris for creating those gifs.