So, here are my experiences with wrestling in a nutshell. Wanna be the Strongest in the World. That is it. Also if it counts then Yuri Ambassador from The Yuri Nation giving me wrestling names as an ongoing thing for well over a year, then that counts too. Other than that I got nothing. 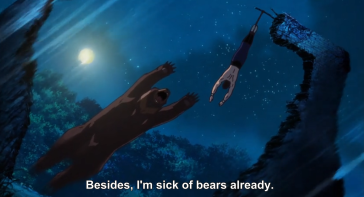 I did not think I would check this show out, but I decided to because why not. That and several people on Twitter were looking forward to it, so I figured again why not.

Since I wait a week to watch shows and what not, I expected it to be more comedic. I also found out that the show will have 39 episodes, at least that is what is planned right now. Either way this show falls under the “I could see myself dropping it unintentionally” category.

I mean it was not bad, but there was nothing that sucked me in either. I certainly will give it another shot. Perhaps like Time Bokan, which also falls under this category, I will stick to watch in the morning. This comes more for the fact to fill time and can be used to wake up and start my day, rather than watching in the afternoon or later when I am more focused on stuff.

So far it feels like I have not really talked about the show, but to me it feels like there is not much to talk about. The fight felt like it ended a little quick. I mean it is the starting episode. So, hopefully things feel more satisfying by the end. 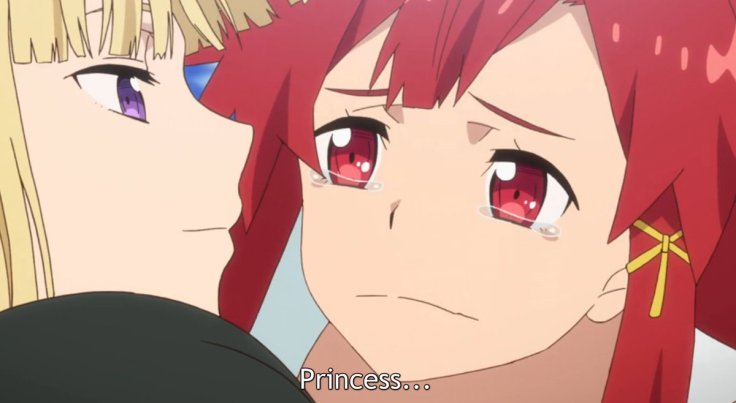 I am fairly certain this is the Chinese Version of Fate/Stay Night only with Tales of the Three Kingdom characters. The show is a bit short, at only 15 minutes. It was an enjoyable first episode. I will probably stick to it since there are no shows that interest me, in the Sunday to Tuesday stretch. This episode was more set up and ending on action. It certainly could be better if this show is watched in bulk, but it is too soon to say.

I really really liked this show. I watched the first episode twice now waiting for the second episode. It is fun, and I do not know why I watched it twice or wanted to watch it twice. It is rare when I do this waiting for the next episode. The last time I think I did it was with Date a Live. If this show keeps up, well I might have to add something new to my top 10 anime. The art style really worked, and I just like the feel it gives from it. The colors just work and the art style enhances the story telling.

Streamed by Viewster day of for free

I already saw the first two episodes. Certainly am liking this season, and hopefully this time I stick to it instead of drop and pick it up again like last season. Certainly now I think I should be able to manage. I really liked the first season and I am enjoying the direction this show could take for its second.

Streamed by Daisuki day of for free

I did not really like this show. The art style just did not work at all for me. It feels like it would be more of a comedy when looking at the art style and well, it is not. It is a full sports anime. I was tempted to stop the episode. But as time goes on with anime the art style is starting to be a draw or push away for me now. This one was certainly pushing me away. The show was good, but I doubt I will continue to the next episode.

Now I am glad how episode one went. From the plot you know it turns into a death game, but there was no mentioning of this in the first episode. I am glad since you get to know the characters more and see more of them. Well this is mostly for the main character. I am glad they did not jump right into the survival game. This episode was more about world building and introduction and it worked for it. However, I do have the slight fear this show may turn out to be slow at times, but it is too soon to say.

There is still one more post which will talk about the other shows I am checking out this season. But still feel free to talk about shows you are watching and enjoying so far.