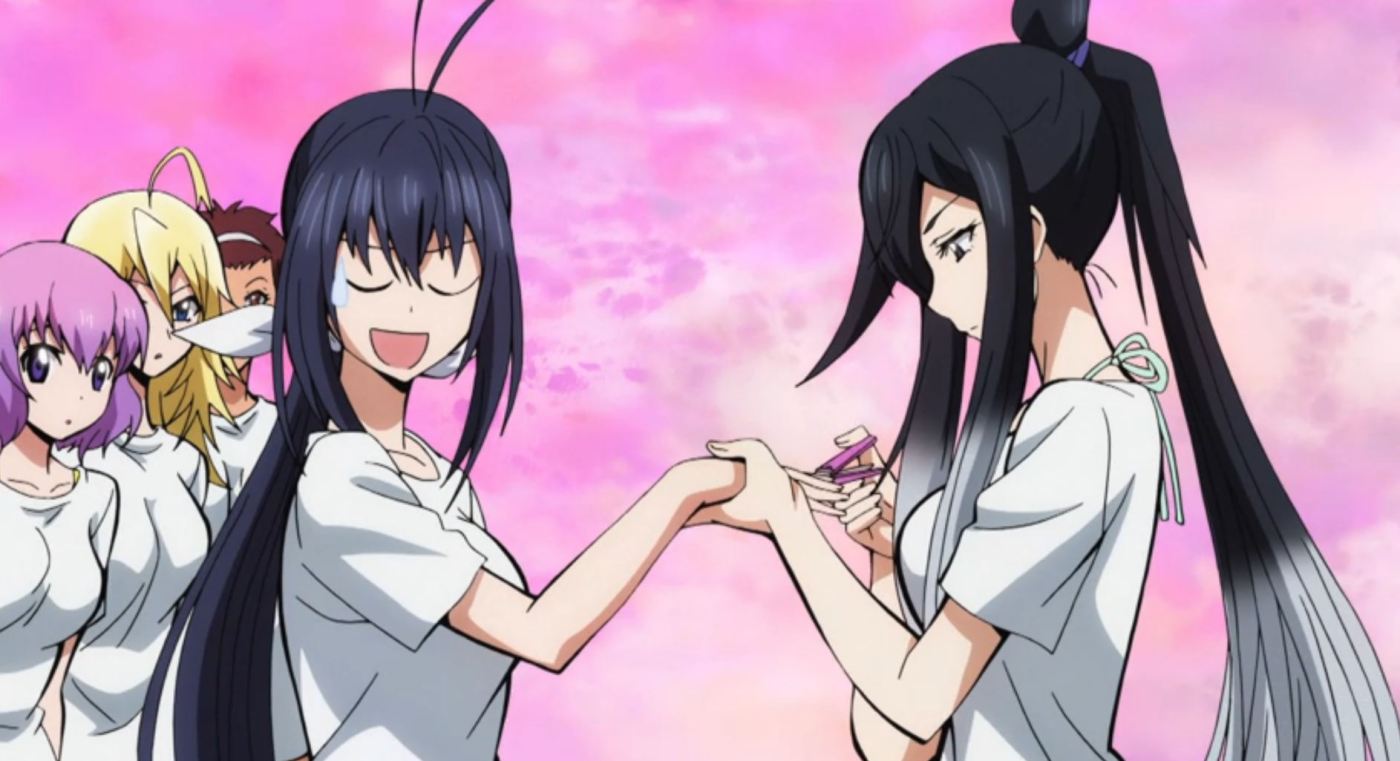 Alright, besides constantly getting distracted. I am just going to go right into this one. Not a lot happened in this episode, so it will be a rather short post compared to others. Either way let’s get started.

So, the girls are certainly enjoying the fact they are in the Elite class with all the wonderful food they can now eat. Of course now that they are part of the Elite Class they are now going on a special training camp in Kyoto. This training is going to be tough apparently. 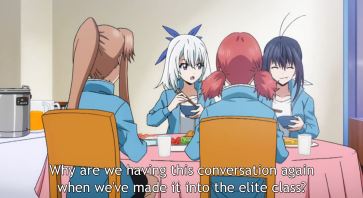 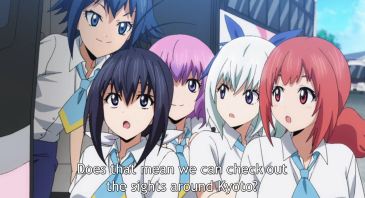 Needless to say, since they showed up early, the girls get some time to do whatever they want. Miyata’s past is sort of brought up. She never really had friends growing up. Although she went off on her own at first, Nozomi and the others quickly caught up to her. 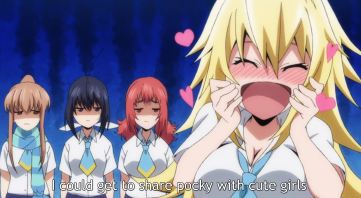 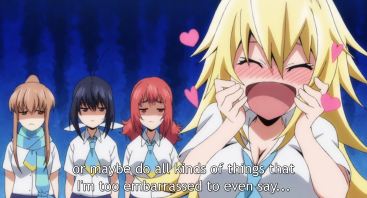 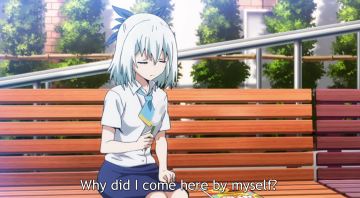 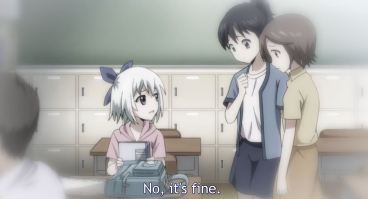 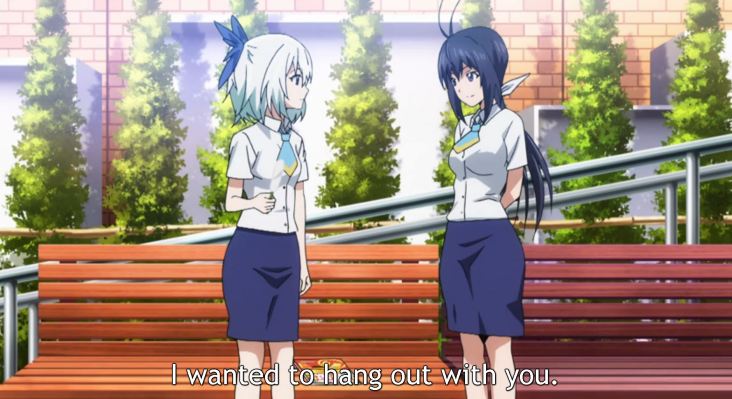 But their time of fun ends as it is time for the training to begin. They need to separate into different groups that go with their training style. Nozomi is an infighter for now. 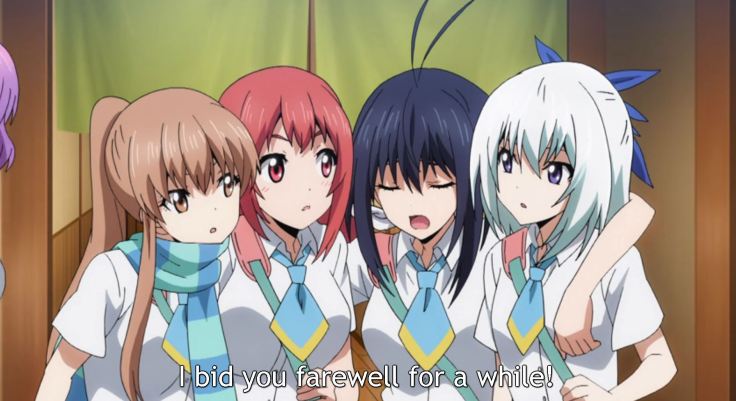 The following day all the girls go jogging, and well, they try to keep up with a fast older woman. This woman turns out to be the one in the promo at the start of the episode, and the one that Nozomi saw that inspired her to learn about Keijo, even though it was more for the money. 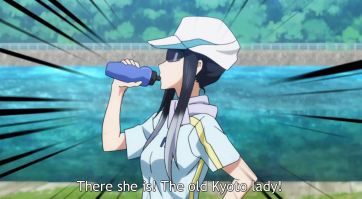 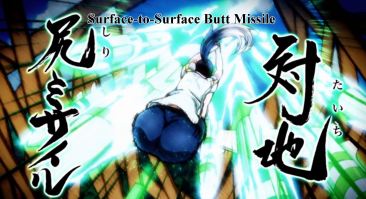 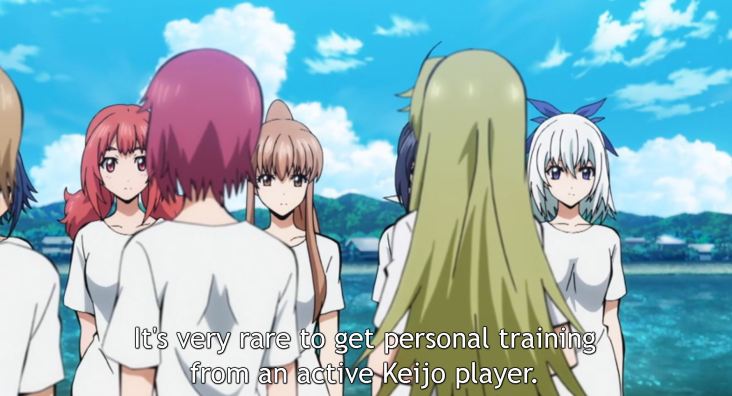 Anyway, all the girls are going to be trained by current pro keijo players. Nozomi’s group gets none other than that older lady, Shirayuki. She is very kind and strict. She wants to help them and tell them really important things. 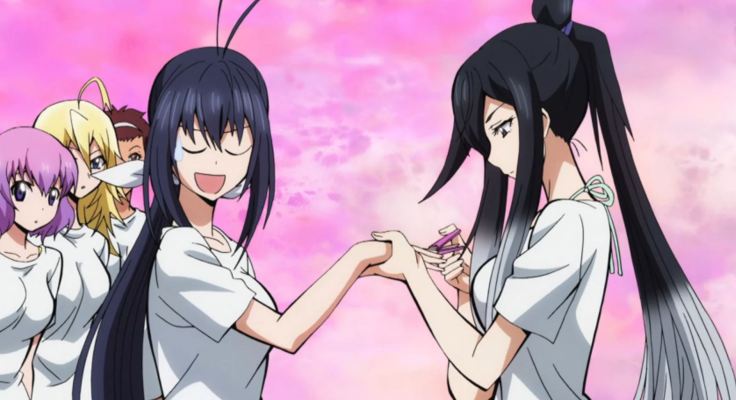 Anyway, she wants to have a race with the girls one at a time. Needless to say Nozomi goes first. Nozomi may be quick, but this fight is one-sided. She is a trainee going against a pro, so she loses in one attack. She still clearly has a lot to learn. 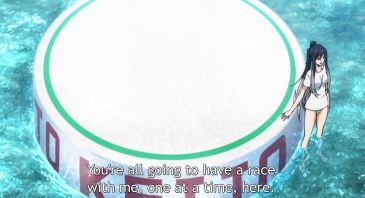 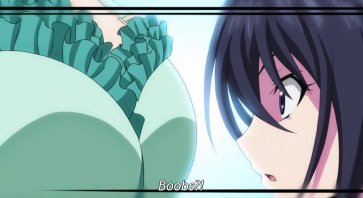 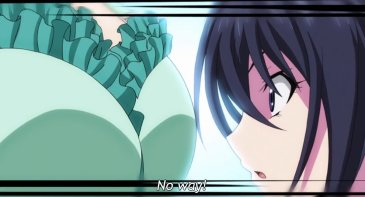 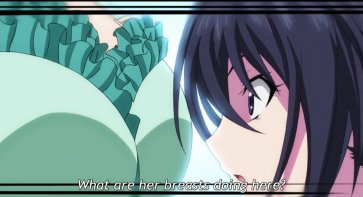 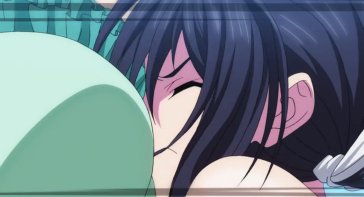 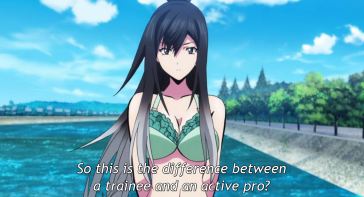 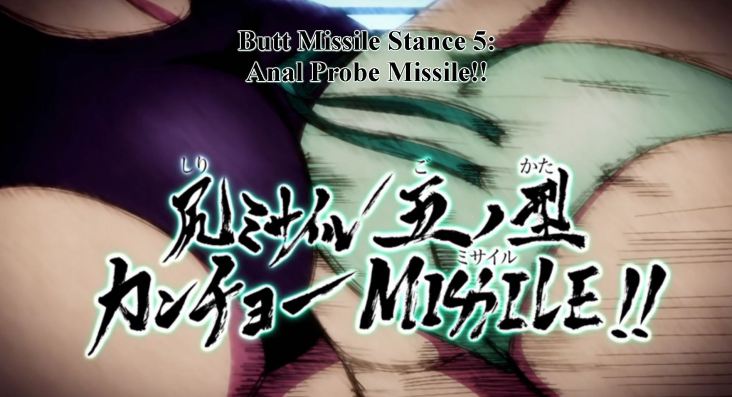 This episode seemed to be a little light in pure content. Although there were two rather nice scenes that I really did like. This was with Miyata trying to talk to her dad. Of course she could only talk to her mom, so there is clearly issues between her and her father. I do wish they went more into it, but those few minutes of Miyata was rather great for her character. It covered her past and gave a lot more to her character, which seemed to lack depth until this point.

The other scene being the ending with Nozomi against Shirayuki. If Nozomi wants to go pro, clearly she has a lot to train and experience to gain. I do like how Shirayuki said that Nozomi has a weakness, and the problem is she cannot figure it out despite it being something with her own body. Not only that but there was a clear difference in strength with the two characters. So, it was certainly nice to see what it is like for the pros, when to date only the trainees been fighting.

Eitehr way, it was an enjoyable episode.

Unfortunately, Funimation only has the first two dubbed episodes for free, if I wished to see the rest dub, well I would need a subscription. So I will no longer talk about the dub.