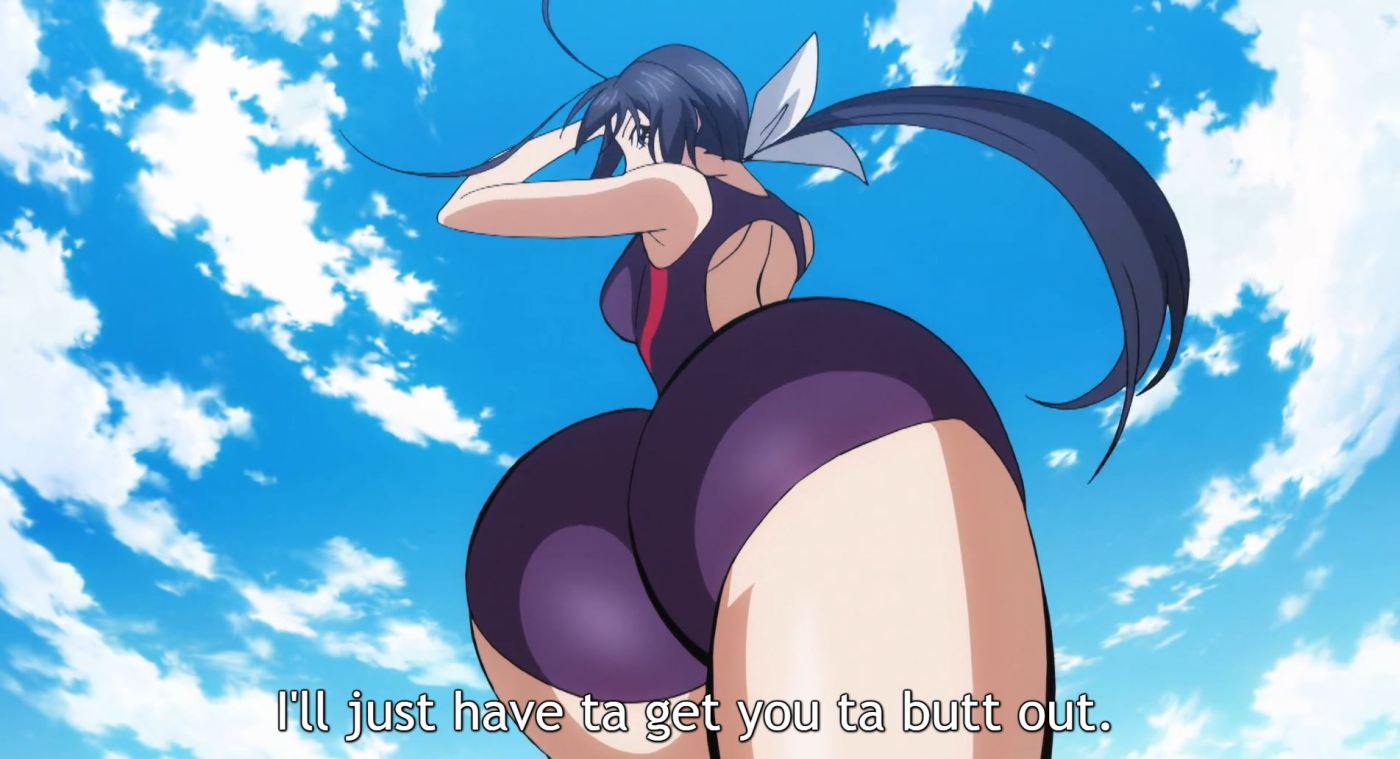 Well, another episode and one that starts an arc that well probably lead to the end of the series. Either way, this episode although was a sort of transition episode with a battle, certainly had a lot of tension rising. Either way let’s get into it.

Last time Usagi was getting angry at Nozomi for getting too close to Mio. Thus the last day of their training camp she challenged her to a Race. So, time to follow-up on this mysterious bunny, who happens to have hearts for pupils. She really likes Mio too, but that won’t stop Nozomi. 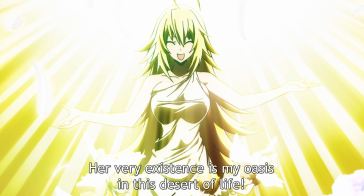 So, the two fight it out. Usagi is fast as a rabbit. She is light and can easily dodge since she is small. Nozomi however lands the Butt Flash and after a few tries lands a combo move with the Butt Flash known as the Meteor Hip. This knocks Usagi out.

With the fight over some good does come out of it. Apparently before Usagi had little fun in her races. But Mio noticed that now seeing that Usagi did have fun and would like to go against Nozomi again, that well Usagi can now enjoy her races.

With training camp over a month passes before the East West War officially begins. It is as a huge stadium too. Apparently it even fills up with people wanting to see the Races. Once there, the girls discover that well their team has never won a match. In the ten years Keijo had schools the East would always win. It is also made known that the best players come from the east and all the sponsors tend to go to that school, they have better equipment, personal trainers, and a lot more.

Overhearing the conversation one of the East teachers had insulted the teachers of the West School. The students are not taking it. They are proud to have their teachers and want the East teacher to take back what she said. Which she then says that weak teachers can only train weak students. 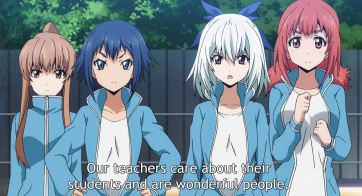 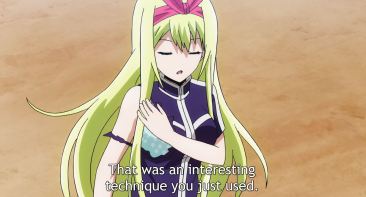 After a confrontation between Nozomi and a mysterious girl from the East School, it is made clear they are not just all bark since they have the bite to back it up. With little movement the girl was able to knock Nozomi back pretty far. Tension certainly started to rise between the two teams.

Later on the teachers explain the Race format. This year it is a team battle. First team to win twice wins it all. Their teams get set and it is ready to go.

The first battle is up and tension rise once more with a self-proclaimed Idol Keijo player known as (And I am not trying to die from laughter) Ass Eater Nanase views Miyata as a stepping stone to get to great heights. Thus now even more pumped up the teams get ready for the war to start. Which will be the next episode. 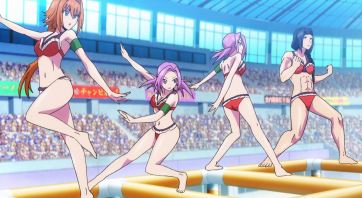 At this point for Keijo it certainly is a comedy and a ridiculous one at that. Every time I think of what the plot revolves around I think it is more fan service and ecchi, but it is not. They do not put as much focus on the areas used, like other fan service series. I honestly forget most of the time it could be taken as fan service. It is because of this I always focus on the humor. Well, this episode certainly had the humor.

But it also showed a different side, a serious side. Until now it felt like every time they were trying to be serious it turned comedic. This episode had their teachers being mocked and then they had to apologize. Certainly tensions raised, and although comedic elements happened around then, the level of serious-ness seemed somewhat affective. It certain is not the series strong suit, but it was just enough to get the point across on how important the next few episodes will be.

I will admit it does change a lot in the next few episodes. It was really built up so far it would be just another fight or a completion with strong opponents. But giving that push to defend their teachers makes it seem at that more of a reason to do this. It gives more to something that had so little going in the first place.

Of course I will expect the ending to be a mix of serious battles but also plenty of comedy. Still this transition episode served as a good way to make the next few episodes have some deeper meaning than pointless butt battles.