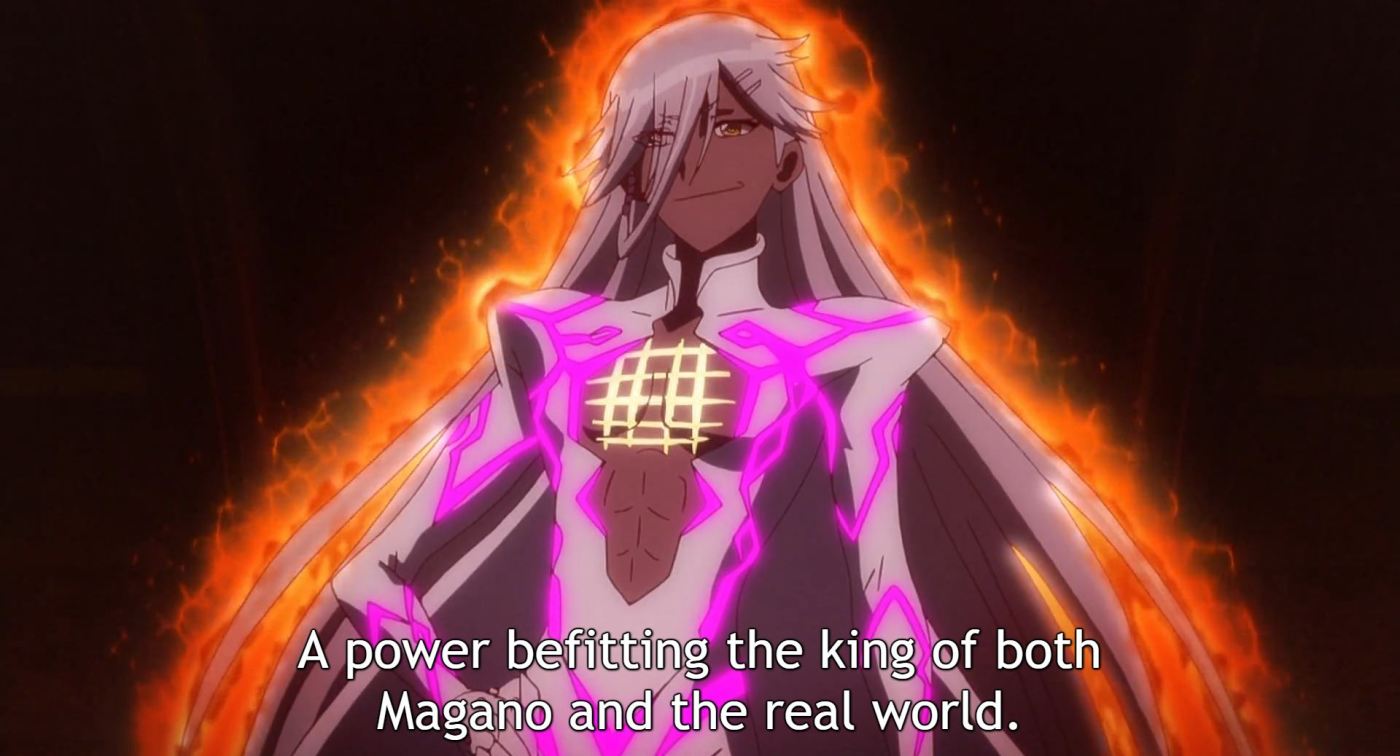 I am certainly mixed on this episode. It might be a bit more clear by the end of the review for me, however it is too soon to say. This episode and arc for that matter, certainly took a turn I did not expect, at least not until it happened. Either way, let’s get right back into it.

So, last episode Rokuro and Beino got Kiss Blocked by Kuranashi. Now, he shows up and pretty much taunts them. At this point the Twin Stars don’t know that he took the twelve Guardians. Although Seigen tries to stop them, it is too late and Rokuro and Beino chase after Kuranashi.

When they arrive, well, the twelve guardians are tied up. However, Mikage, Arima’s replacement for the time being is not there. I have an odd theory, but that can be said later. Anyway, what the guardians are tied up in (it is also not known until Rokuro tries to free them since it does nothing) just absorbs spell power. 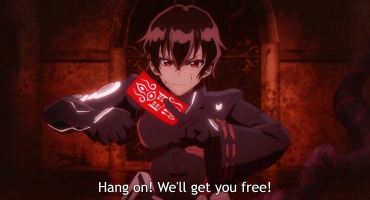 Then Kuranashi goes into several minutes of explaining his plan over the last two arcs. The ritual was just to capture them, the fact he got spell power from all the exorcists during the whole Sae-chan arc. Lastly his main goal of getting all the spell power from the twelve guardians as well as boosting Rokuro and Beino in power to gain the spell power of the Twin Star Exorcists. This was all so he could gain power and be unstoppable. 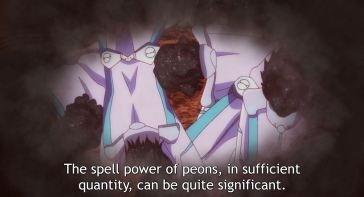 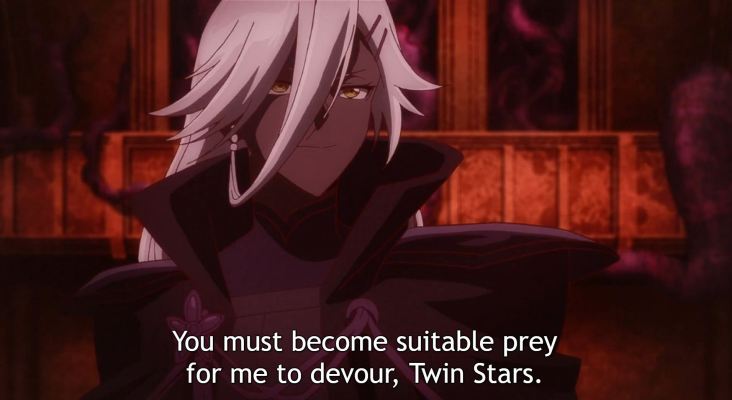 Also he has Yuto.

So, he drains the power of the twelve guardians and then gets a form that sort of looks like it is from Kill la Kill. So, he beats down Rokuro and Beino, whose power before hardly did anything and now also does nothing. 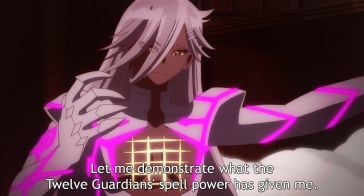 But, then in the rage Tatara, the fox assistant to Subaru, and one of the twelve guardians breaks free and goes on the attack. Well, he is angry. Also he is a shikigami, who has lived for over 600 years. Also, he is still angry at Kuranashi for the same thing he did 600 years ago. So, he was not affected by the spell power draining spell since he was not human. 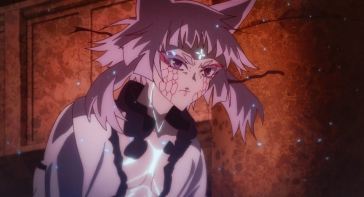 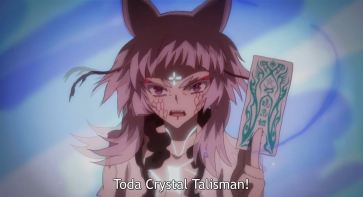 In his rage he activates his more powerful talisman. Going on the attack against Kuranashi, turns into a suicide attack. He is unable to kill Kuranashi, but hurt him badly enough where he is dying.

While he slowly deteriorates, Kuranashi fuses with Yuto, only to realize the mistake he made. He says his last words about falling right into Yuto’s hands and being played from the start. Yuto emerges and absorbs all of Kuranashi’s power. He is certainly ready to see his sister and old friend again.

Yuto’s return is what makes me mixed about this. Normally this would be when I bring up a manga comparison and blah, blah, blah. Not this time. I am looking at the last arc and this one too, and Kurnashi was really built up as a villain. He had a role, being one step ahead and having even his seemingly failures all be a part of his plan. But with Yuto destroying him in the end of this episode, it really feels like that fight that would be against Rokuro and Beino is not going to happen.

I mean, Kuranashi got a huge power up, it was clear he was going to lose it in some way this episode, and then have Rokuro and Beino fight him in a weakened state. That way his whole plan would still feel complete and as a villain it would have seemed a fitting end to him. This did not feel like it. With Yuto returning out of nowhere it seems less important for what Kuranashi was trying to do.

As a whole, and this is only speculation, I think the anime since it has been mostly original, will try to give the show an original ending. So, although next episode Rokuro and Beino will fight Yuto, I get the feeling the final fight for the show will be against them. Of course I would like to see Kamu return, but I don’t know.

Now, on another note that I mentioned earlier, Mikage always bugged me. Something seemed off about him. This episode, despite being captured, he was nowhere to be seen among the other eleven guardians. A part of me felt since the beginning he was working with or was Kuranashi. Although he is obviously not Kuranashi, I still wonder if there is a connection between the two. A part of me felt like he was a Basara due to the skin tone and hair matching, but I knew that was a poor reason why. But it would be more of something like, he got so close to being human, he accepts them or he has reached the state where he is neither basara or human. That was another idea, but I doubt any of that is it. He was probably just put somewhere else for the time being this episode.

Now, with all that said, this episode was still fairly entertaining. The ending might have put a small damper on the last twenty episodes. But, it was still a surprising ending, that was honestly obvious the second they showed Yuto in both the first half of the episode and in the new opening. Regardless, it was fairly good, maybe not as amazing as I would have hoped, but good.

2 thoughts on “Twin Star Exorcists Ep 41 Review: Enemies will Rise when One Falls”