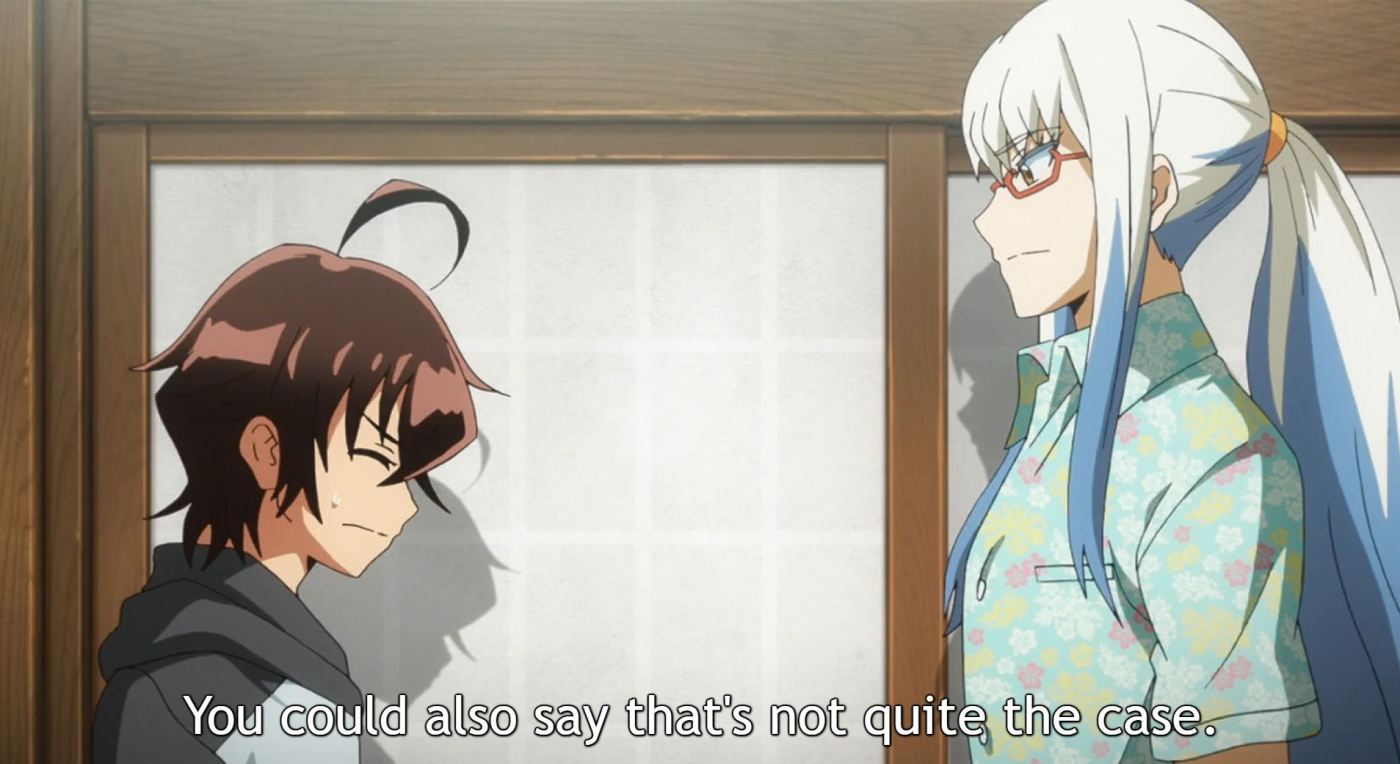 I will start off by saying I will probably go into major spoiler territory with the manga. I will mark it, and it won’t be until the end. Other than that, let’s get right into the episode, since they finally talk about Rokuro’s past.

So, Benio wakes up fine. Rokuro is however worried about what Yuto said, that he is a Kegare. I could have sworn this was aid before, but I guess I was wrong. Anyway, this is bugging Rokuro.

Meanwhile Arima explains what happened. He wanted to learn more about the past and Abe no Seimei. To do this he needed to nearly die, so the events of his death, well were sort of part of his plan. His soul was able to go back and learn a bunch of things. 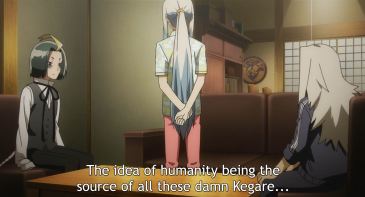 So, Arima then goes to talk to Rokuro and explain his origin. He is meant to bring about the end of humanity. He is sort of a Kegare, but he is not. The Miko brings balance to yin and yang. Benio represents one half, and Rokuro represents the other, which is why he is like this. But Rokuro worries and does not want Beino to have to be with someone who isn’t human. 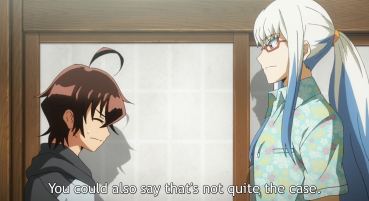 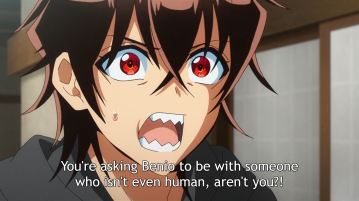 Going home to think about it, one of the Basara appears. It is the punk one. Anyway, they talk and it is clear how bothered by this Rokuro is. He does not want to be the reason to end humanity. He clearly cares for Benio, but is still bothered by the fact of what he is. For that reason, he does not want Benio to be with him. 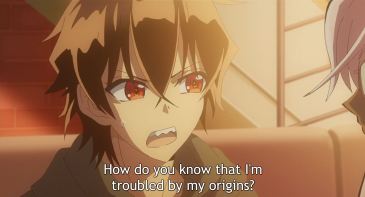 So, while the restoration process of the town goes on. Rokuro still moping, well Yuto shows up. Well, he asks again if Rokuro will join him now that he knows of his origin. But Rokuro refuses. He tells Rokuro he could do it. But again, Rokuro wants to fight. So Yuto tells him to fight him, and ultimately disappears.

Lot of info dumping and moping this episode. It still worked out nicely. I am not sure how I feel about Rokuro’s origin being this way. I will say in a bit, but it is clear there can be no continuation to this anime. This is the opposite of the manga by every means for Rokuro’s origin, as far as I know.

I think this long time question found the perfect time to be answered. It really gives more at stake and more of an idea where the final few episodes could go. There is clearly a huge test of Rokuro and Beino’s relationship coming up.

Rokuro clearly cares for Benio in wanting her to have a normal relationship and that being with a human. He loves her enough to let her go and be with someone who is like her. I highly doubt Benio will let this slide. But it is still nice to see this happen for them. Ok time for a bit of spoilers.

Arima also being serious this episode was rather nice too. It was a major shift in his character compared to his reappearance last episode.

Now, when it comes to Rokuro’s origin in the manga, his mother is Abe no Seimei. I am only going off the wiki, since this information was not given to me by reading the manga. So, this is the major opposite of the anime. Abe no Seimei in the manga is a woman, while in the anime it was clearly a man. As much as I would like to see the anime try to become canon again, they cannot with what they have done.

Regardless of the canon vs the anime, it was still a nice and interesting origin the anime decided to give Rokuro.