Wow, this was an emotional episode. Wow, I mean I knew this was coming seeing how the last episode was, but this was pulled off on all the right ways. It was certainly a buildup episode. But with just a few episodes left, well, it was a nice time to pull off something like this.

So, Benio is still in recovery. She has time to think to herself, and a lot of time at that. She mostly thinks about the fact that Rokuro is a Kegare, and how her brother probably lied. She even questions what Kegare are. 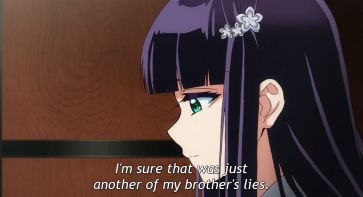 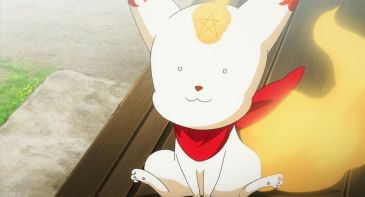 She meets up Rokuro, but he quickly leaves. Rokuro meets up with Arima, and they talk for a bit. Mostly about Yuto and how Rokuro is now they only one who could really fight him. 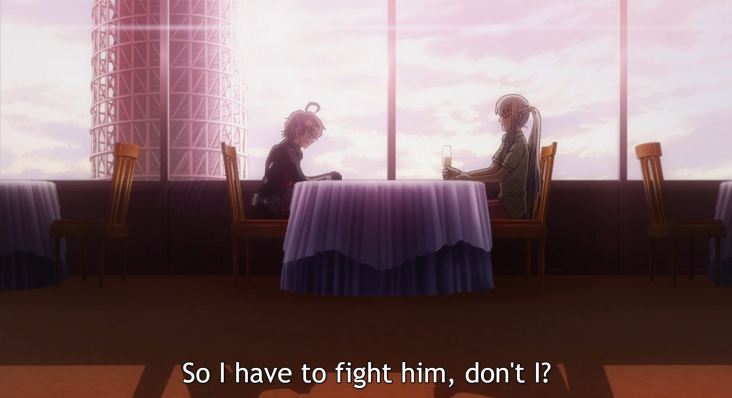 Back with Benio, well, she is having more time to think, about everything, how despite how much has changed, not everything can go back to the way it was. The conversation may have been towards the town and rebuilding, but it felt like this had other meanings. 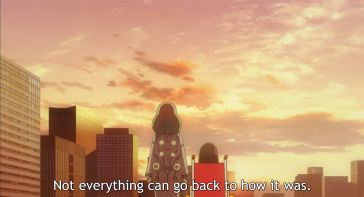 Once home Benio wants to get ready to train. Mayura does not want her too, since she still needs to rest. But Benio drops the bombshell, that she really loves Rokuro and wants to get stronger to fight by his side against Yuto. 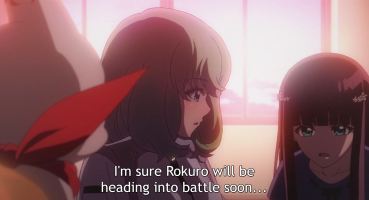 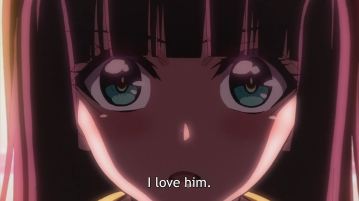 Rokuro shows up, and Mayura leaves, well, Rokuro breaks up with Benio. He believes Benio cannot handle the fight with Yuto. He leaves saying she will only get in his way.

Rokuro goes to fight Yuto, and a quick flashback reveals that Rokuro asked Arima to kill him if the worse comes to worse when he fights Yuto. 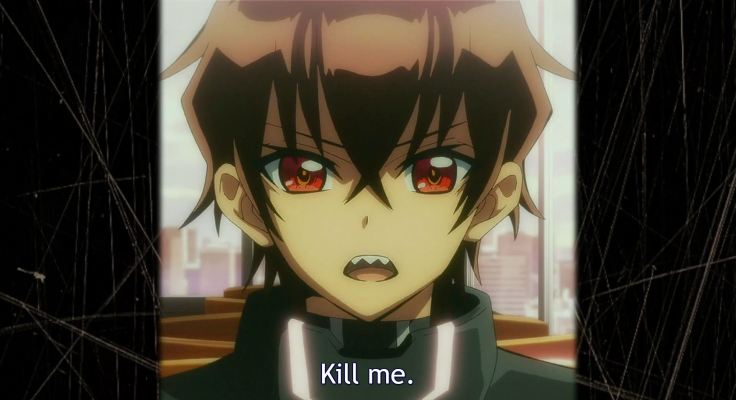 This was certainly an emotional episode. I knew this was going to happen with how episode 43 was.  I am glad it was sooner rather than later. I think this was a well-timed. I mean, I know by the end they will make up. I am glad that it did take a different approach then I thought.

At first I thought it would be a mutual break up. But I am glad Benio started to show her feelings for Rokuro, it made the latter half of the episode that much more meaningful.

The two certainly started off separated. With Yuto returning and them separated again, I hope it does not end the same way it began. They certainly proved time and time again they are stronger together. Regardless of what is going through Rokuro’s head, even if it is to protect Benio, this will certainly will end on a higher note then it started.