Wow, the momentum for the final episode just keeps building. Honestly I thought there would be an actual fight this episode. But it turns out it was mostly all talk with a few blows exchanged. Still, each episode only creeps closer to the end, and I am starting to wonder how it could end. Either way, let’s get started.

So, Rokuro goes to fight Yuto. There are a lot of yaoi lines coming from him. I honestly am starting to like the fact that Yuto is coming off as jealous towards his sister for being with the man he loves. Anyway, Rokuro knows that if he does not go to fight Yuto, well he will just come to him. 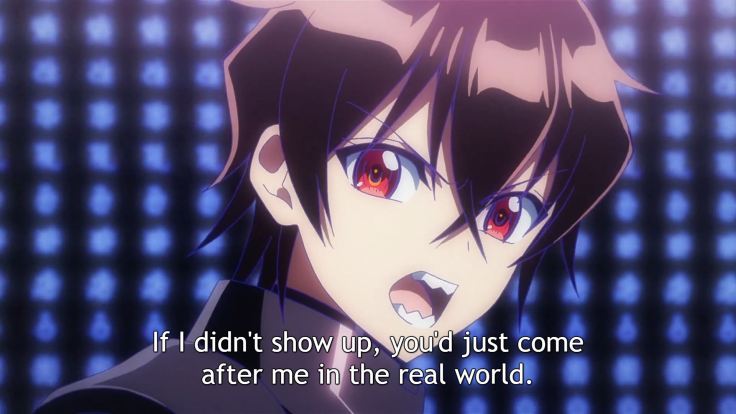 They exchange a few words, Yuto being glad Benio is not there, how he wants to share his feelings with Rokuro, and a bit more.

Benio however wakes up, but is quickly but back to sleep by Arima. He tells her bluntly that she would just drag Rokuro down in a fight. This however is because she is injured and sick. I am starting to think Rokuro partially said it for the same reason, however he is still angry he is the Calamity King. 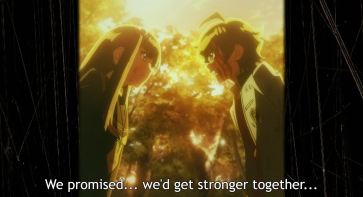 Back to Rokuro, well the Tragedy from several years ago are not holding Rokuro back anymore. Mostly since he constantly reminds himself every day and it pushes him to grow stronger. 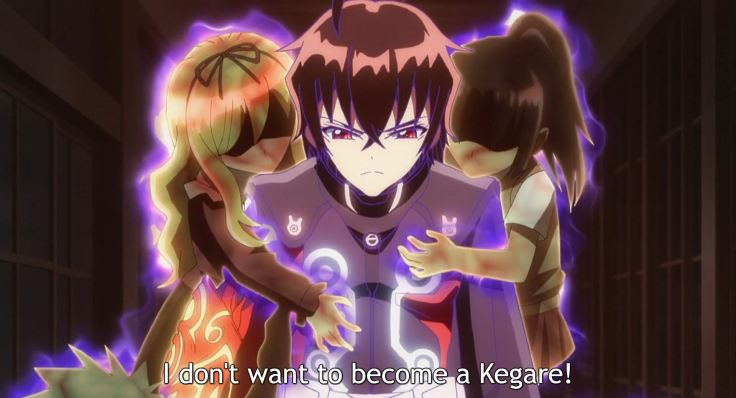 Yuto then goes on about Fate and how him and Rokuro are fated to meet. He even gets rather annoyed when Rokuro instinctively goes to use Resonance in the fight. Clearly he still cares for Benio. 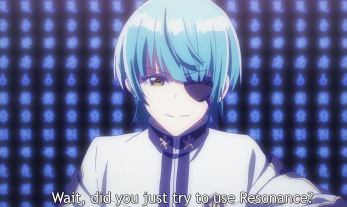 So, Arima talks about Benio, mostly how despite her high Yin level, it caused a great burden. He meets with Seigen, and well, he is pretty annoyed that now the adults cannot do anything to help, so much is on Rokuro’s shoulders. 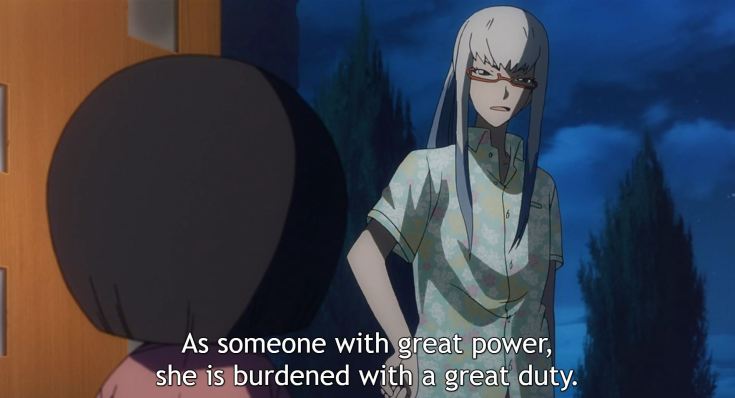 Yuto continues to talk, and talk, and talk, about fate. Rokuro wishes to deny fate, but Yuto gets annoyed believing Rokuro really does not know him as much as he thought. Mostly since, although Rokuro wants to deny fate, he still gladly started to fall in love with Benio. Thus Yuto snaps and goes into his Kegare form. Rokuro powers up to do it too. 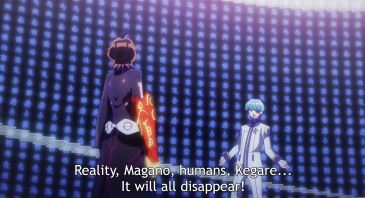 Then a flashback, back to the conversation Rokuro had with Arima in the previous episode. He put a spell on him that the second Rokuro becomes the Calamity King, his heart will stop. Rokuro just hopes it won’t kick in as the fight begins, only to end the episode there.

I was not expecting it to be another build up episode. I do not want this final fight to be wasted. Personally I hope Benio does get a part in this fight. I know it is about Rokuro these past few episodes, but this series has been about him and Benio. Rokuro was even going to use Resonance.

I am guessing that this fight will end next episode, however, something will happen, then episode 47 will be a prep sort of thing, before the last three episodes focusing on a fight with Yuto. Since this series has mainly been original, I do hope there is a time skip for at least half of the final episode.

Anyway, this episode was all about the buildup. The only thing really holding it back is if this build up will mean something. So much is at stake, and well the conversations that happened mainly dealt with Rokuro and where he is now. Once he finds a way to accept his fate, or a way for only one part of his fate to happen, maybe then he can have that happy ending with Benio. The two had struggles before they met, the struggles they overcame made them stronger. Although they are apart now, Rokuro needs to realize before this series is done, they are stronger together.

These last few episodes, although it partially annoyed me with what happened with Kurunashi, have probably been the strongest episodes of Twin Star Exorcists, all the rocky parts are certainly made up, at least as long as it holds.