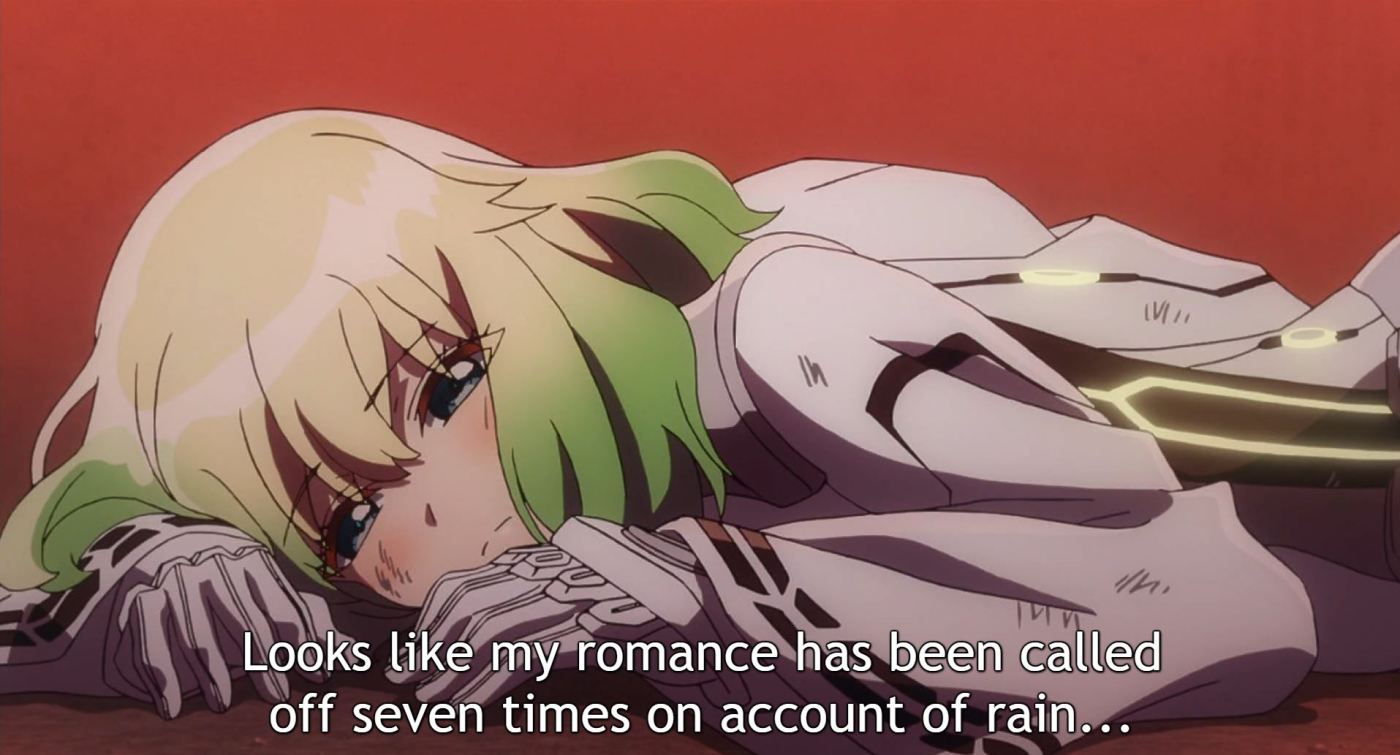 It is still hard to believe there are only 2 episodes left. This will probably be the longest series for episode reviews I will ever do. But, let’s save the journey nostalgia for the final episode. Time to just get right into it.

The members of the dorm quickly rush into action, but they are not needed until later in the episode. They are driving through Magano to go to everyone else. 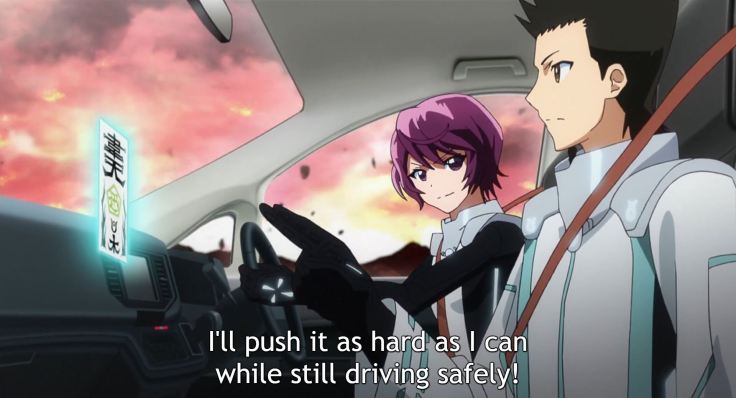 Anyway, Abe no Seimei takes Benio with him. He transforms into what is probably his true self, and starts his ritual for pretty much world domination. He makes the tree from the other dimension between dimensions to the real world. He also traps Benio in a slumber. But don’t worry he held up his bargain and turned Rokuro back to normal. 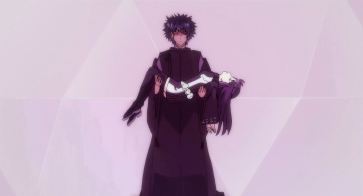 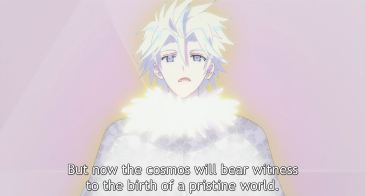 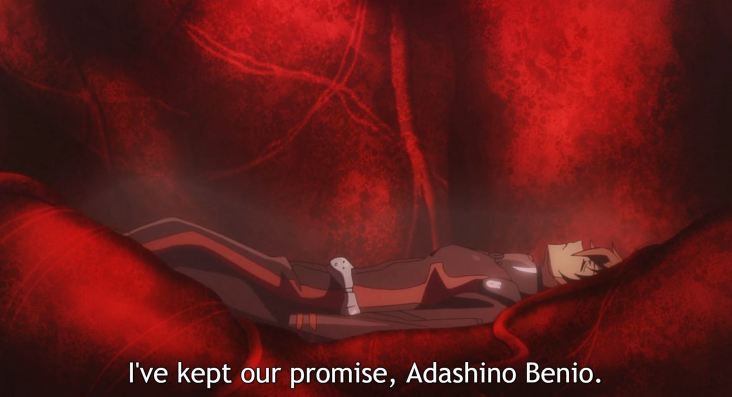 Rokuro however wakes up only to find out he pretty much destroyed a majority of the population of earth. That was not sitting well with him. However, his despair quickly turns well into more despair after Kinako tells him about Benio. Only to have him question why Benio would do that for a Kegare, only to then be told yet again of what is going on with Benio. 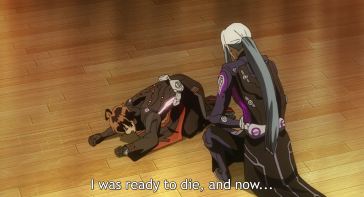 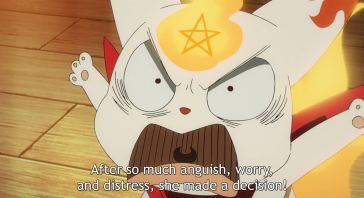 Pretty much Benio is trapped and only one who could get to her is Abe no Seimei. But Rokuro’s hope is lifted when the one Basara returns, and sings to him. Why did she appear and sing to Rokuro, or even why she is still around, well, that is not the point right now. 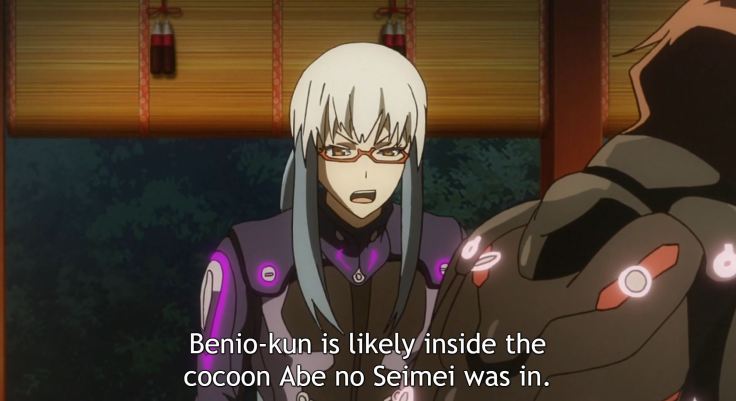 But Arima gives Rokuro back some power, since Abe no Seimei took away all Rokuro’s spell power. With Arima also having not that much left, it is probably safe to say the last of his power went to Rokuro. He shows his sign of respect by calling him by his real title. 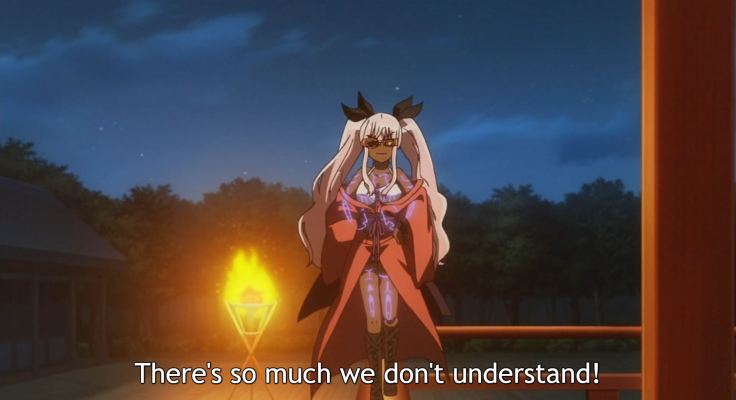 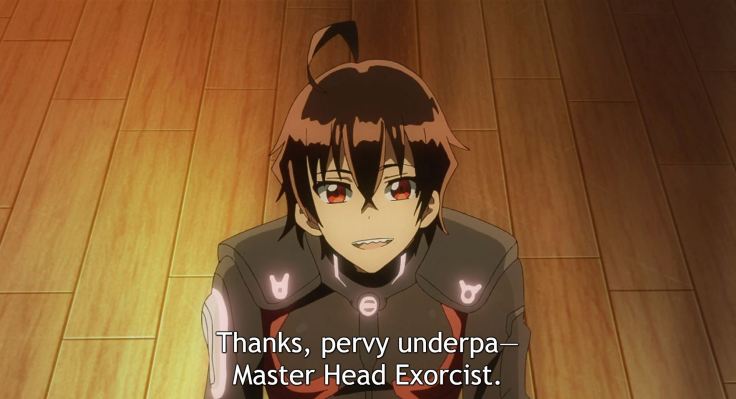 Then Abe no Seimei appears. His plan, pretty much turns people into, although very happy and peaceful, machines. People only come together when they are ready. There is no pain, or anything, which Arima believes can make love even stronger. 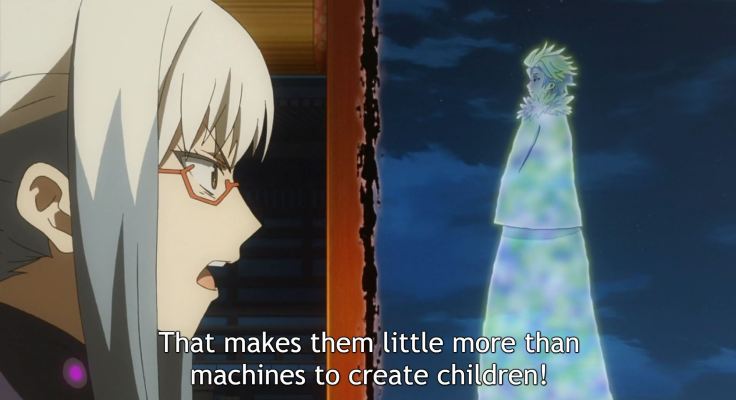 So, the others from the dorm appear, and they all go into action against all odds to save Benio. It then goes through them one at a time sacrificing themselves, to stay behind, so Rokuro can go forward. Mayura pretty much revealed her obvious feelings for him. At least she has the love triangle in the manga. But Rokuro runs off using two of the spells he was given to race up the tree, to end the episode. 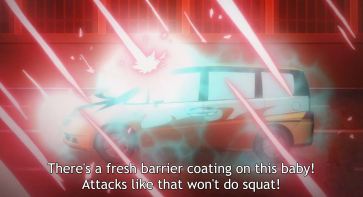 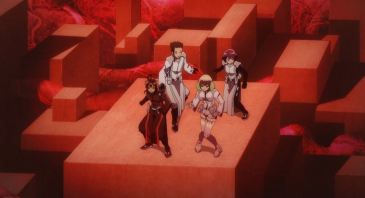 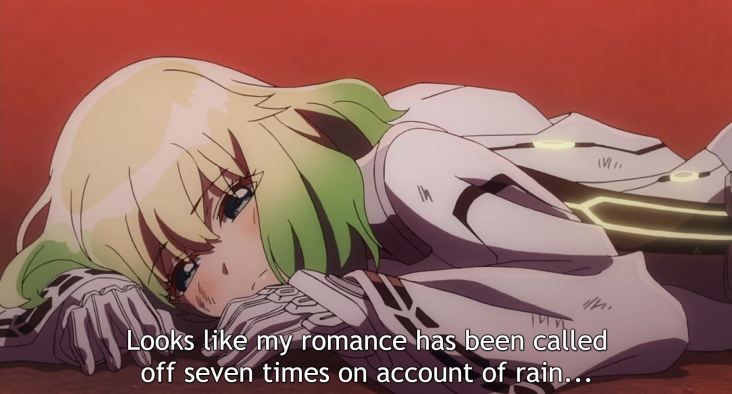 It was a good episode, but everyone sacrificing themselves so Rokuro could go on felt rushed. I mean, It would have worked probably better if they were either all stopped by Abe no Seimei at once or stayed back all at once to defend Rokuro from something. It just seemed rushed.

As for Abe no Seimei’s plan, it is not fully original, but not a lot of evil plans are half the time, so whatever. His plan may have good intentions, but it also gets rid of something that makes people human. He goes against the majority, which is where his problems lie. I do not have a huge problem with his plan, but for the sake of the show, it certainly makes a lot more sense compared to others we seen.

I am also glad at the fact they did not brush Rokuro being a Kegare, so he questions why Benio would be with him. I may have found that annoying, but it was a nice reminder that he is still being held back by that.

I do not have much to say other than that, but the momentum is certainly going in the right direction and is building up for the final battle. We can only hope that it all pays off.