For the first post I did here on my birthday I wrote about my 10 Favorite Anime at the time. While the anime on that list has changed in three years, to the point where I am thinking of doing a new post of it. I decided against repeating myself for a birthday post. Instead I decided to focus on my ten favorite manga, since I have yet to do a post to focus on ten of them, and it also has been three years since doing a Top 5 post on my favorite manga. But this is different. This is still a Top 10, however, split between manga that are finished and ongoing, and thus the order is not as important, in most cases.

I was a huge fan of the manga prior to the anime’s release back in 2014. However, after a while, I stopped reading the series, back in 2015. This was to wait for more chapters and more volumes to be released. Typical me, I forgot to come back to this series. However, it was only recently when I finally did. I have to say, I can see why I would have enjoyed it back then, between the comedy and interaction between characters. My enjoyment has since changed, I still enjoy it for those reasons, but the manga has the female lead save the damsel of a hero. It is a nice role reversal, and one that is unfortunately rarely used. My enjoyment for it clearly has changed for who the characters are. While my massive manga collection and backlog is preventing me from reading it as fast as possible, it is nice to continue this series that I once enjoyed, and has quickly become a favorite once more.

Pokemon, as I said time and time again, was a first for me, in a lot of cases, games being the largest case. While I only just recently got back into watching the anime. The manga was the first manga series I read. I just recently got a hold of the original series, of the first seven volumes. Well, I still enjoy it. Between recently getting back into the anime and now rereading the manga, it has rekindled my love for Pokemon. While the games are still fun, the more recent releases seem to slowly take a while the magic I enjoyed of just exploring, that somehow the older games still manage to capture each time I replay them. The games are becoming more and more linear.

Now that the anime is finally on Netflix, I can ignore the anime and forget to watch it like all other anime on Netflix. But, that is beside the point. I decided to check out the manga before the anime’s release. The manga is just wacky. Out of all the manga on here, I want to say this one, after the obvious number one spot, has some of the best art. This is mostly with the reaction faces and how nicely it goes with the gambling. Sure there may be cute girls, but the reaction faces truly show the ugly side of gambling. The fact the manga revolves around not just gambling, but cheating to catch a cheater cheating adds to the level of complexity to an otherwise manga that could go stale fast, well, I find it somehow addicting. I mean, between both this series and Witchcraft Works, it is hard to say which one I would put and could easily be switched, but Kakegurui is just so addicting.

Now this is an old series. Although it has been completed, I have not read all of it. I am reading it as the Omnibus come out, which unfortunately might be once a year now instead of it being three times a year. Still, the anime was one of my firsts, and is still one of my favorite. The manga somehow takes everything that I loved in the anime, and makes it that much better. From the character interactions, to the art style. There is just so much to say on my reasons I enjoy it, which makes it hard to think of all the reasons. Needless to say, I can see how this series lasted for twenty-six years. 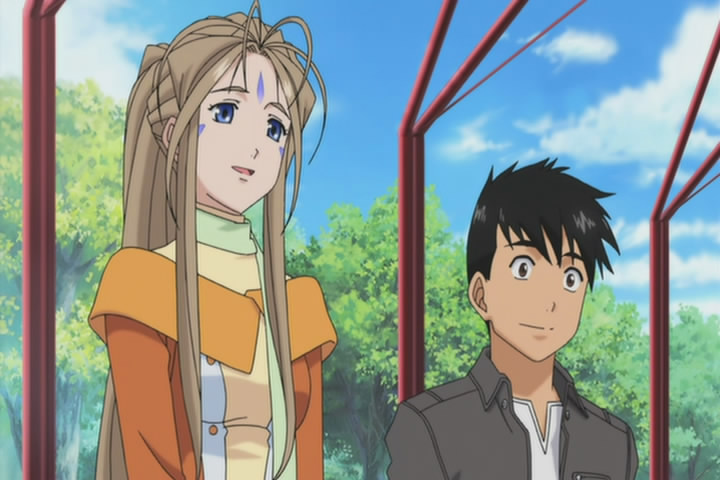 I still have yet to see the movie, and I still wonder how they managed to shove every chapter into it. I honestly read this series in two days, and loved every minute of it. The drama was certainly something new and different compared to what I was used to. It was both a redemption, drama, and somewhat love story all put nicely into a single story. It was nice, and honestly it is easily will be one of my longtime favorite series, that I could see always having it on this list.

You may honestly think this is a joke post now, considering the last two, and then this ecchi harem series appears. While I normally would say yes, this is a joke post, or something that would confirm that, this is not the case. Monster Musume was and is still one of my favorite ecchi and harem series. While I completely stopped watching both genres, Monster Musume is the only series I can manage to read and enjoy. I honestly find it funny. But, one thing Monster Musume certainly does right is, the main character is not a jerk, and takes into consideration all the girls feelings. He is not oblivious to it either. He honestly is the exact opposite of the harem protagonist trope, despite looking exactly like the definition of one. On the Top Five I did a few years back this was my number one. While I am hesitant to say that now, mostly since it finished, but also the fact I did not read the final chapter. But, anyway, I still really liked this series. It kept me wondering who will live or die at the end. It was not like Attack on Titan where any side character was not safe, and well any main character was. This series had any character with the ability to die at any given moment. Sure, the two true main characters were safe, but even then, it was not like they all got away scot-free. It was the shock factor that made me really enjoy this series. Rereading it did not give this to me, but it did give me other ways to appreciate it. The anime unfortunately did not give this feeling to me. But this is still a very memorable series for me.

Fairy Tail was one of the first anime that I saw subbed, and one that really made me want to watch a lot more anime. After Pokemon Adventures, Fairy Tail was the manga that got me into more manga series. I may not have read all the series, however, after the series ended for the first time, I picked it up to wait for it to return. Of course, now that the manga has ended, it did take me awhile to get back to it to finish it off. A part of me did not want to see it end. But I finished it, while I did hope for a better ending, it still fit the fashion the series portraits. It gave room for more, but also provided a conclusion to the story. I won’t be surprised if they appear as cameos in the mangaka’s next work. Still, this series be it as an anime or manga will hope a special place for me.

The final two are easily my favorite ongoing manga. Honestly, I will not be surprised if they turn out to be my favorite manga once they finish. Now, Twin Star Exorcists, well, my views of the anime are probably known, considering I did an episode review for all 50 episodes and then a series review. Sure, I was thinking of doing a comparison post with the manga, and honestly, I still might. Either way, I just really enjoy the characters, drama, humor, and the art style. I mean, sure some parts of it are standard shonen, but there are a lot of parts to it that make it stand out and be really enjoyable. Twin Star Exorcists is the only manga on this list that I find myself enjoying more and more each time I read it, to the point where I find it hard to only read one volume per sitting. Still, this series has been a lot of fun, and I am glad I have a manga that has me with anticipation for the next volume.

This is probably not a surprise, considering I say it is my favorite manga nearly every episode review. The art style is some of the best parts to this series. It helps the magic seem more magical, but also make even the not so magical moments, seem that more special. It enhances the story, the detail, and characters. The anime gives the scenery life, and I enjoy the anime for that reason. But the manga is just amazing in general. I found myself hooked and wanting to read more and more by every single moment. Each new episode of the anime is like when I am able to get a new volume, I can’t wait and I really want to know what happens. This series will be up here for a long time for my favorite manga, and I am certainly glad for it.

Well, that is everything. Feel free to comment on what your favorite manga series are. Also, if there is an anime adaptation, well, how does the manga compare to it?