This episode has finished covering volume 8 of the manga. With how I was for the last, nearly ten reviews worried that this might happen, well, now I will be spoiling myself. But, what has me questioning more about this series is, what will they leave out in the next few episodes that are uncharted territory for me. This episode has changed a lot from the manga, and left things out. Either way, I will cover them, and get right into it.

So, the episode begins with Elias, being Elias, and lamenting over the fact he is super old, people have changed, and well, out of all the things that has changed in his life Chise is different. Chise is the only one who has seen him for who he is. It was honestly rather nice seeing even the animation change when showing Chise.

Anyway, the scene switches over to one of Reinford’s colleagues. The one that also had Lindel as a mentor. Well, he still feels like he has failed Lindel, and Lindel in his familiar’s body to communicate. Well, certainly comforts him. But, the idea then comes up from his familiar, that why do humans suffer when they could easily run from their problems.

Chise and Elias go meet the coven. This scene is completely different from the manga. So manga version: Chise and Elias go, and well, the witches at this time cannot help them since they do not know how to, however, they will agree to help Chise if she joins them. She refuses due to the fact it would upset Elias, and even if she did she would quickly leave the second she was cured. They didn’t leave on the best of terms, although both sides did respect the others decision. The anime version: Since the witches know they cannot help Chise, they do not want to ask Chise to help them. Also, how life is worth living and she will find a means to fix her problem. Needless to say, I enjoyed the much more drama and impactful manga version over the well, weak anime version in this case. 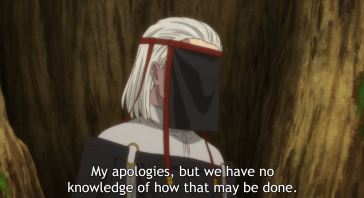 Either way, in both the manga and anime, Mariel kisses Elias on the cheek and hands him a note. Which, now seeing this entire volume shoved into an episode almost, it seems really suspicious considering the events that unfold with the note saying, “a life replaces another life.” 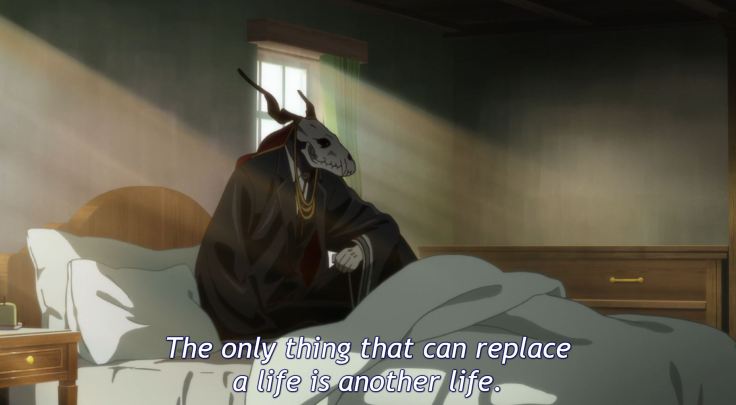 Anyway, although there was only music, Elias goes to the college and looks up a rather important spell. In return he demonstrates magic, and discovers what happiness is.

But Elias is slowly falling into the dark side. But Simon at least thinks Elias has been in a better mood. 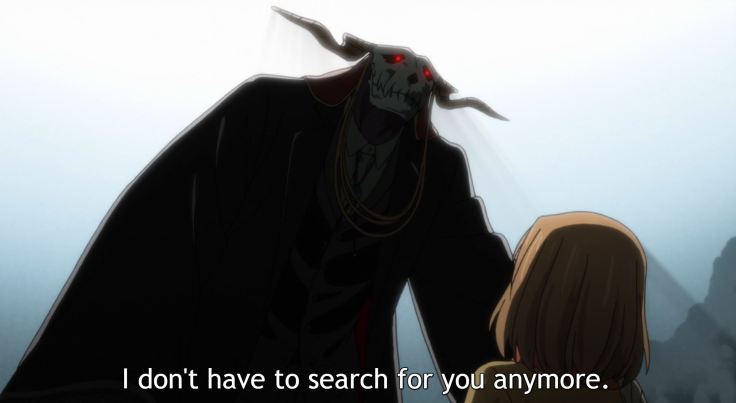 But Chise is starting to think both Ruth and Elias are plotting something, while she is not wrong, she still asks for help. Of course, the second she gets that help Elias and Ruth put their plan into action by putting Chise’s mind into Stella’s, to pretty much get rid of Chise’s curse, but kill Stella. 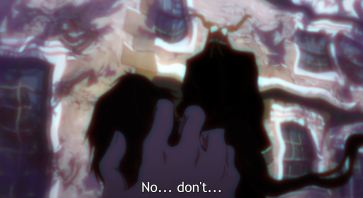 So, after a pep talk from Nevin, Chise is back. But, there is some downsides. It turns out Josef is in control of Stella. Well, he tricks Chise and well, she runs off. It also turns out Elias is not sorry for using Stella as the sacrifice, because he hates her due to Chise looking at her differently than she does for him. He is really jealous. So, Chise runs off. 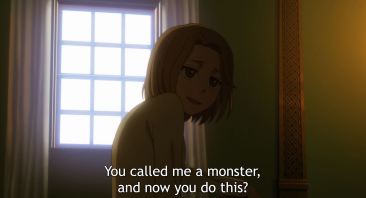 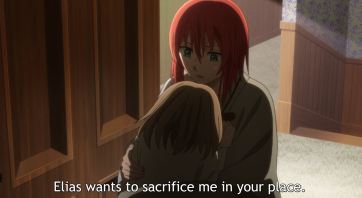 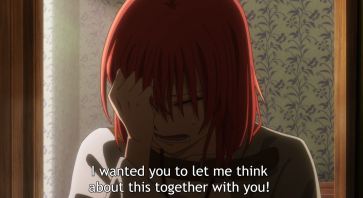 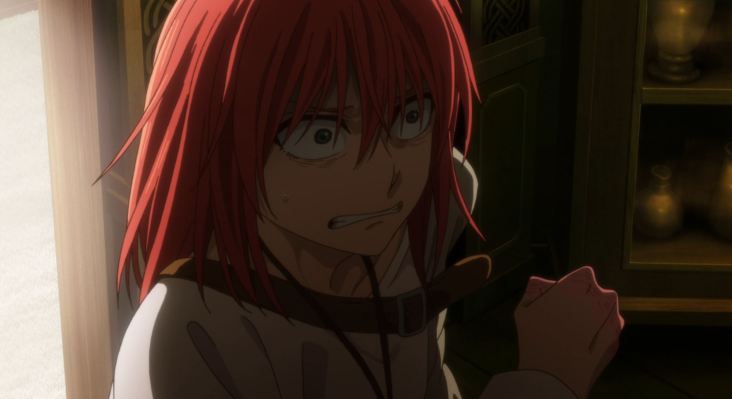 Ultimately, Chise is then told by Josef, since she figured it out. Her options are either he kills Stella, or Chise goes with him and he does an obvious “there is a catch” spell to get rid of her curse and also free Stella. She vanishes right before Elias gets there, telling him she cannot be with him

So, as I started, they did change some things around, and left out things again. They also covered all of volume eight in the span of an episode and a half. With a few episodes left, well, I am hoping it does not go into volume 10 of the manga, seeing that isn’t even out in Japan yet. Still, there is the fact they left information out and changed it, so, well, I am curious on what they could do for the following episodes. Since it is unfamiliar territory for me, well, my time comparing the manga to the anime ends on this episode.

Overall, the scene that stuck with me, was the change for meeting the witches. While, in both cases, the end result is the same. Chise does not work with them, and well, Elias gets the idea on how to save Chise. But, it is now occurring to me, that the note was suspicious. I mean, Mariel did not come off as the type of person that would even suggest that. However, seeing how Elias emotions where, well, I have the odd suspicion she may have a connection to Josef. Again, and I honestly do not remember if the anime left this in, but when she walked pass Stella (hopefully it happened in the previous episode) she could tell something was wrong with her. So, it is possible, that she knows who Josef is, and the fact that well, he was already possessing Stella at the time. It is a long shot, but still.

Anyway, while it does feel somewhat concerning of these changes. This episode overall is certainly heading for the final episode. The drama between Elias and Chise certainly kicked up. The animation of her shaking with anger, well, was nicely done. But, even Elias’ growth, characters who have known him has seen him change. He himself may realize there is something odd about Chise, which he does not understand love. But he is still not fully realizing his actions when acting on emotion. It certainly will be interesting where this may go, and could have impact by the end.

Still, it was an enjoyable episode and was hitting all the right notes to gear up for the final.