The Ancient Magus’ Bride Ep 22 Review: To Rid a Curse 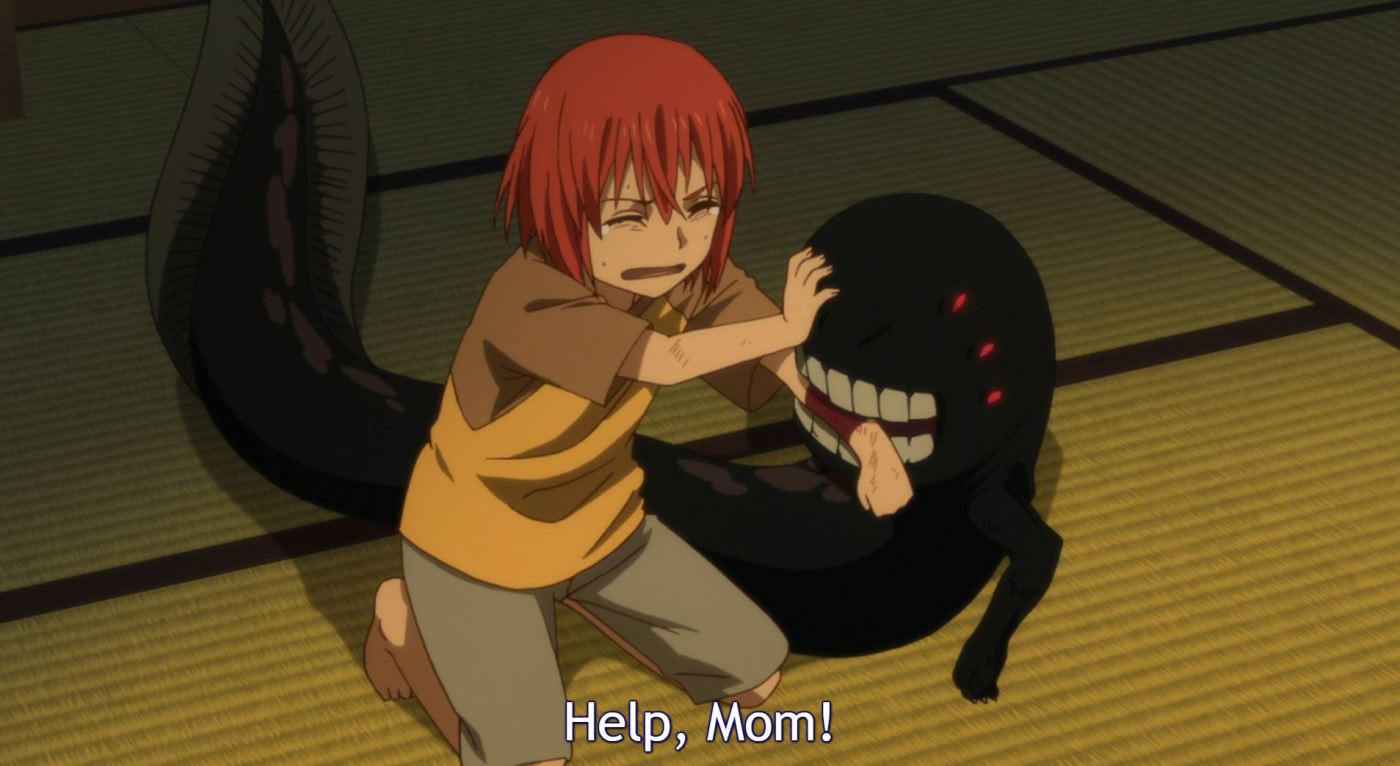 Well, I am finally in uncharted territory. I honestly do not know what to say or think at this point on what is coming up. I do not know if it is original, or even completely canon. This I do have a feeling will be canon until the end. Anyway, since I won’t be able to compare the manga to this any more, this review may seem shorter.

Well, Chise wakes up in Josef’s care. Well, things are not looking so great. But, Stella is alive, also that other baby dragon, so it is not all bad. Josef’s plan is pretty simple. He just wants to switch Chise’s dragon arm with his normal arm. His curse to never die and Chise’s curse to die will then be sort of transferred to one another. Chise will have a chance at a much longer life. 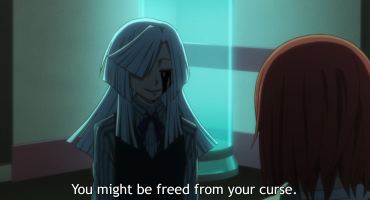 Of course he needs to test to see if Chise’s body would be compatible with his own. Well, this involves ripping out her eye and switching it with one of his. Yeah, that has to hurt. But, it does work, so Josef betrays Chise, not that surprisingly, and well, he knocks her out so her curse can grow and would be easier to switch arms. 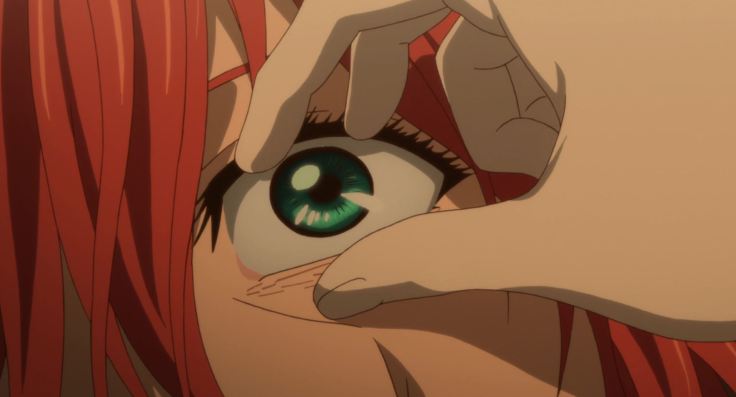 Well, while Chise sleeps, she sees the past. In fact, her mom is still alive, her dad has yet to leave with her brother, and everything seems happy. 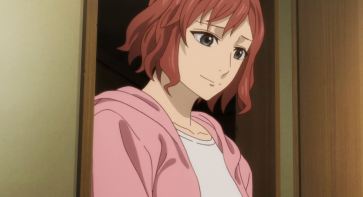 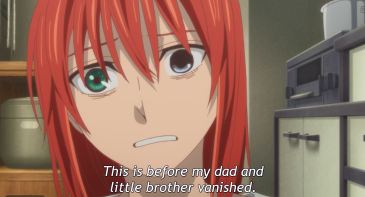 Well, after some clip show, mostly the fact it is reminding everyone that both Chise’s parents had the sight that she does. Chise is also fully aware about the fact that Josef is only doing this to make her suffer so her curse becomes worse. 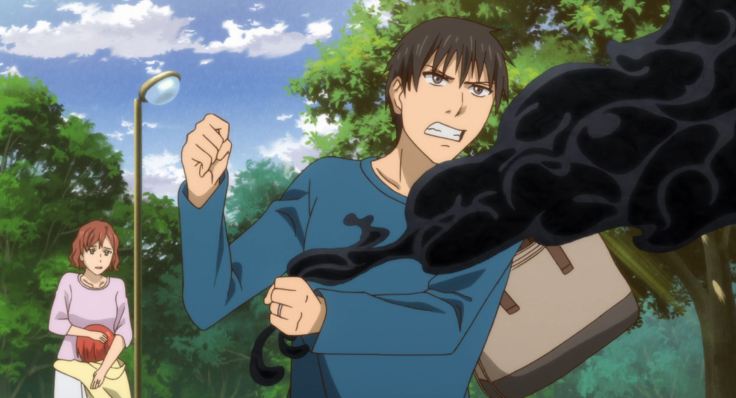 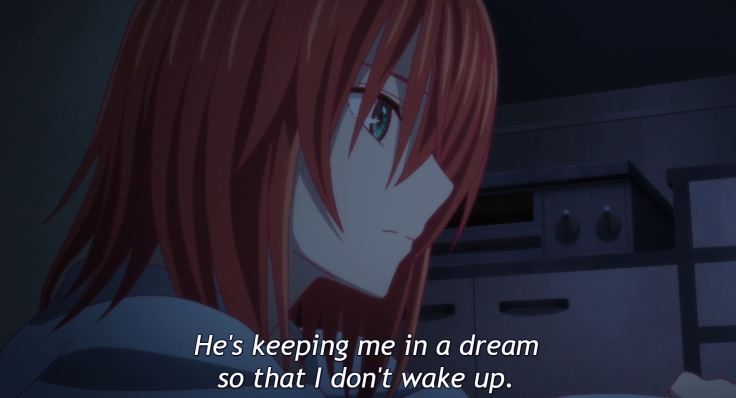 The dream continues, and well, the night Chise’s dad left happened. Something was watching him, and well, he just had enough of it. The younger Chise is simply telling him he will see him later. Her mom shows up, and is well, really shocked. 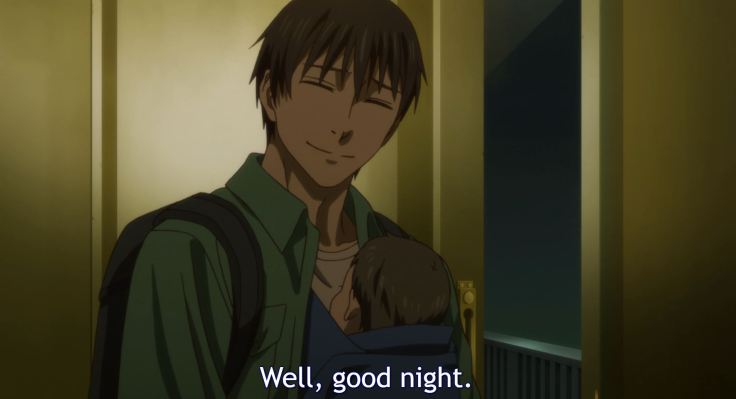 Her mom was frail body, and never worked. Well, with her husband gone she takes up a lot of jobs to support Chise, of course creatures are following her all the time. Of course, now that Chise’s dad is no longer around to protect them, Chise gets attacked. 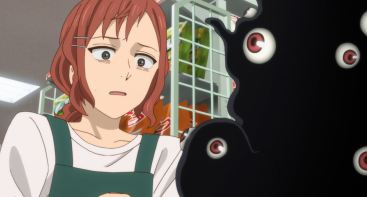 Later on, well, her mom is exhausted. Something whispers into her ears how her life would be easier without Chise. She goes over and starts to strangle her. However, unlike the anger that is normally seen in this scene, her mom is crying. She instantly regrets it, and jumps out the window. 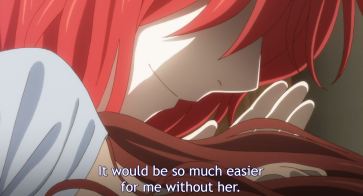 The real Chise is then attacked, and well. The mom that has been haunting her was never her real mom. The pain of that day prevented her from remembering all the fun memories. But thanks to all the people who care for her now, she was able to face this head on.

She does not forgive her mother. She won’t forget her, but she won’t forgive her for what she did. But it is thanks to her letting go of Chise that she was able to find all these people to care for and that care for her too.

The curse part of Josef appears, and makes a deal. Grant them his desire, he will put the curse to never die on her. Well, Chise wakes up, and well, is on the attack. She gets an idea on how to break the curse.

I really don’t want this series to end. But this episode really makes it start to feel like it is heading towards an ending. While a few episodes ago it made it seem like a turning point in the manga, this episode makes it feel much closer to an ending. This works great for the anime.

This episode finally put the pieces that we have known for some time together. Having Chise react to all of them, and even accepting them and realizing the truth, well, it shows the growth of her character greatly. She started off as someone who was closed off and did not want to trust or care for others. But, it was because she opened up, she was able to accept this event and move on from her own personal curse.

While, it is hard to say if her Sleigh Beggy curse is lifted, well, if this plan of Josef’s goes through, well, her final two curses will be lifted as well. While there are still other issues that could arise. There is still the matter of Elias, and the mystery behind him.

This is certainly a great turning point for a show to gear up for the final. While other series did not get this feeling earlier than the final episode. It certainly is working to this series advantage not making it feel rushed, as well as bring out well, a decent conclusion where the series may not need another season after. Sure, I would love to see more, but, how this is set up, it certainly could work for a decent final.

Overall, this episode while presenting some questions, it finally gave the answers needed and a way for Chise’s journey to work its way towards the end, while still opening a new beginning.