Ok, this is easily probably the most forgettable arc for me. Sure, I remember some key points, I also remember a certain thing that gets me rather annoyed about this arc. But either way, more on that in a bit. I am going to just start now.

So, last time with Toma defeating Accelerator, well, a lot of people, more specifically the higher-ups are rather annoyed and trying to process this situation. So Toma has some heat on him. While a level 0 beating a level 5 did help stop the experiment, it also does not look good that well, a level 0 beat a level 5, making it possible to think that maybe this entire city of psychic schools is just an elaborate hoax. So, with the heat on him Toma is told to leave the city for a bit and goes to the beach. 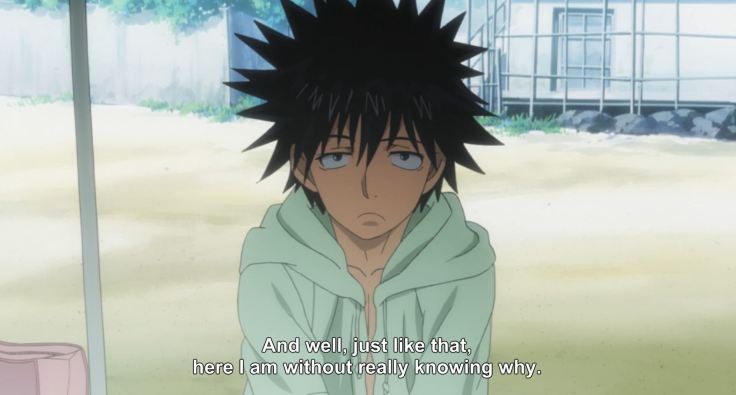 Toma is also meeting his parents, and well, the thing that still annoys me is one, if you are expecting Toma to learn anything about his past, well he won’t this arc. His parents also clearly cannot tell he lost his memory too, so, yeah, that is what annoys me about this.

Anyway, upon meeting his parents well, his mom and cousin have some odd similarities to Misaka and Index. In fact, everyone starts body switching and Toma thinks it is a joke. Until he meets his old blond friend and best saint girl, Kaori. Well, turns out an Angel is about to be human, and that is throwing the world out of whack. So, yeah, the episode ends with Toma’s friend having some explaining to do since he is also part of the same church as Index. 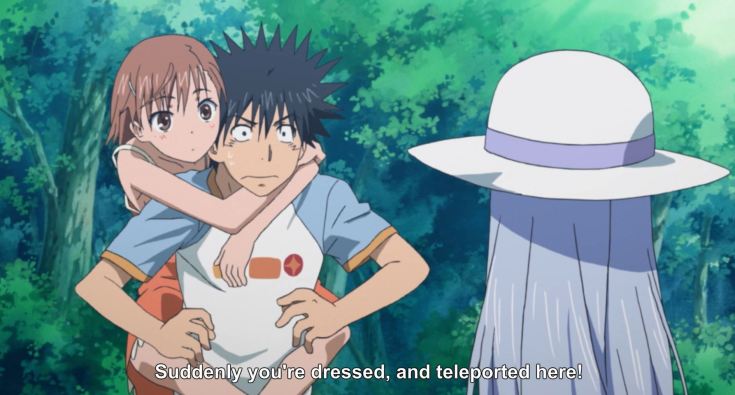 So, with Toma’s friend revealing he is part of the same organization as Style and Kaori, it also turns out that despite being a magic user, he is first and foremost a spy. Magic and science are the polar opposites, so, it makes sense there are a few spies in the city. More importantly, because he taken part in too many esper classes he lost all his magic. He also can’t be an esper as well due to his magic, so he is just an average person really. If he tries to use magic, it causes some damage to him.

So, while Toma does see his allies as normal, they were able to put a magic barrier up just in time, so they can at least see one another’s true self. Others however see them differently. So, Kaori had to do a few things seeing that she was seen as a man to everyone. But, after all those moments are done, Toma meets with the mysterious Russian magic user, Misha.

His dad was of course watching, and later on once the magic user and Toma’s mom make a trip to Toma’s house, Toma realizes something thanks to his dad. She did not touch his right hand, you know the right hand that has all of Toma’s power. Plus, since Angel Fall is unknown by so many, well, the new magic user seemed to know that it was incomplete. Thus, Toma rushes to his home. 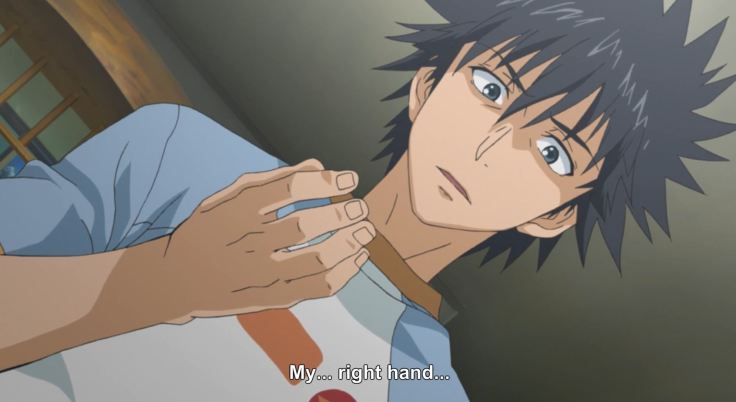 Once getting there, while he is still unable to find his memories. Oddly enough his friend does not question the fact that, Toma’s dad still looks the same. Yeah, took Toma this long to find an old picture to show that his dad did not swap with someone else. Thus, Toma must rush back before Misha does to save his dad so he can get to the bottom of this. 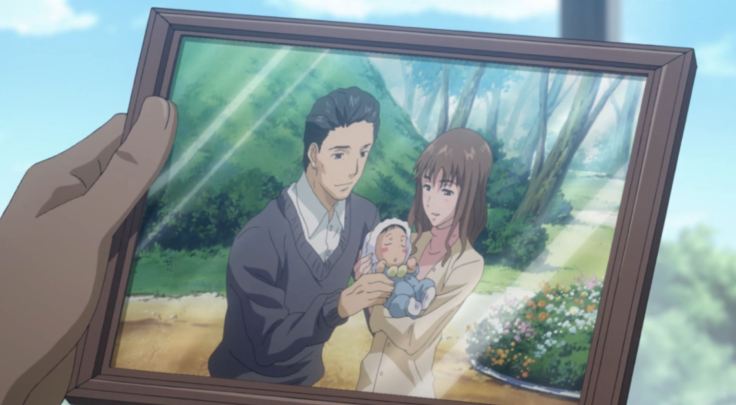 So, Toma confronts his dad. His dad goes onto this long talk on how Toma was always bullied for his bad luck, thus he turned to the occult, so that maybe he could counteract all of Toma’s bad luck. But, when asked about Angel Fall, well, his dad does not know what it is. Thus, Angel Fall only happened due to luck.

Misha is also not who she says she is, in fact she is an angel, or something, that part always confused me. Either way Kaori does the fighting this time, since Toma’s right hand won’t work. Kaori was revealed to have an insane power that makes her well, godly in a sense. So, only she can do this fight.

Things happen, and well, Toma’s blond friend, says there are two ways to do it, kill the caster or destroy the ritual ground. The ritual ground happens to be Toma’s new house. So, after a fight, Toma’s friend uses magic, nearly killing himself, to destroy Toma’s house to end the ritual, thus ending the fight with Kaori.

The arc ends like most arcs, with Toma in the hospital, which honestly makes no sense this time since he was only punched a few times. Maybe he is just made out of paper at the end of some arcs, and ending in the hospital seems right. Anyway, it turns out his friend is a massive liar, and does have an esper ability, regeneration, but he can only use magic a few more times. Either way this arc is done.

The biggest issue I have with this arc comes down to the fact that Toma does not know what his parents look like and seeing that his dad did not change his looks. No one questions Toma’s loss of memory. You would think there were several opportunities here for it. To top it off Toma could have learned who he was before, but no. So, it is safe to say that the answer to who he was will never happen.

This arc to me is seemingly always forgettable. I think this is my least favorite arc, mostly for what could have happened and then didn’t. There would have been not a major change, but a change if it was known Toma lost his memories. If that was the case, well, it would have been known earlier that Toma’s dad is who he is, but even then, as previously mentioned, people are just clueless with this.

I think it is the frustration at the little things that make me forget this arc as a whole. I remembered the details on who the villain was, the misunderstanding, but everything else I forgot over time.

However, there are a few things that this arc does do a little right, and that being how Toma’s dad unknowingly brought about a huge magical crisis. It opens up that in the world of Index, things like this could happen at any time and someone who has no knowledge of magic could do this. But this arc also opened more with the conflict between magic and science. Where no one can wield both powers, without killing themselves that is.

Still this arc certainly starts off giving the feeling like there could be a major impact, but it just does not deliver. While those minor details are good, in some cases they rarely show up again, at least so far in the anime they have yet to show up.

This show is over almost a decade old, so I may spoil future events. Either way, feel free to comment your thoughts on this series, and your hopes for season three.

This series is licensed by Funimation. Crunchyroll and Funimation have it legally streamed for free. Also Yen Press is releasing both the manga and light novels in North America.