I think cameos describes a lot of the appearances this episode. They really didn’t do or say much, they appeared and then left. A lot of them were old enemies from previous arcs, not counting William. Still, all of them were from the first two seasons, and it was nice to see their return. Either way, let’s get right into it.

The Knights go on the attack, Necesarius is on the defense sending waves of witches to defend them from some sort of giant top.  Anyway, one such group that gets attacked is Agnese’s group. They quickly pull a fast one to get away. 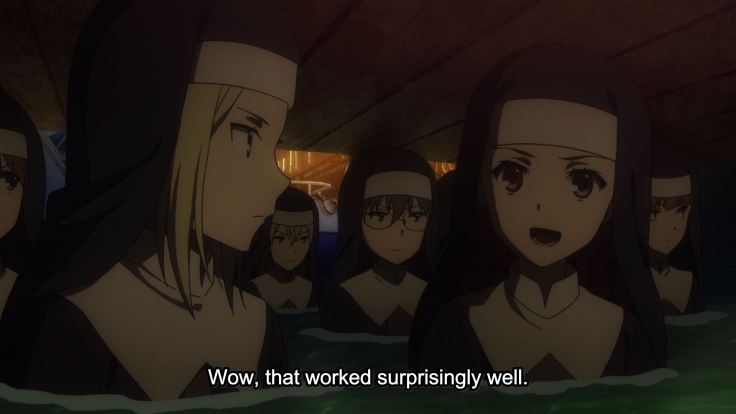 The Queen is surprisingly handling this coup d’etat rather well. She comes off more impressed than anything, and the Archbishop is honestly more annoyed. These two get captured.

Meanwhile, the betraying princess, Carissa, forces Index to decode what happened in the tunnel, and well, realizes that France was behind the attack, which is all Carissa needed to get ready for war. She believes that Britain stands no chance unless they fight to separate. They meddled with both magic and sciences sides so whichever side wins the war they are screwed.

Meanwhile Toma and Oriana try to transport the New Light member, Knights show up. Sherry quickly and has no hesitation on fighting the Knights. She was the season one final villain and didn’t like sciences or knights because of the knights killing her esper friend. So, Oriana leaves with some advice and goes to fight off the Knights.

Kaori shows up to talk to Carissa and the Knight Leader. She gets her but kicked. Due to Britain having their own sort of magic mumbo jumbo laws of religion, in the realm king is equal to an archangel and knights are angels. So, he is in theory has unlimited power in Britain. 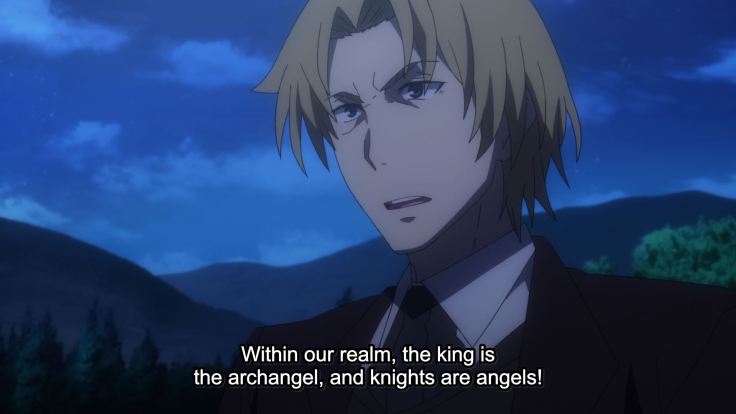 So, it takes no time for Carissa to crash the third princess’ carriage. They decide to execute her on the spot, and just when hope is lost William shows up. He allows her to escape and a fight between him and the Head Knight commences. It also should be added the two were close friends a decade ago. 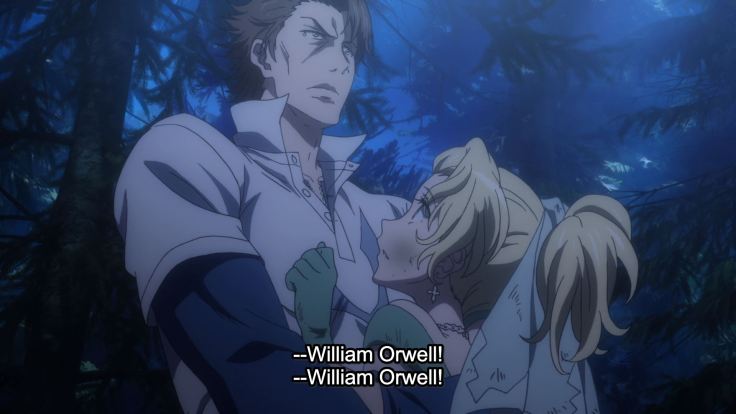 Back to Toma, who is on a train. He runs into another New Light Member, who seems to now be the Knights’ prisoner. Toma breaks her free with Imagine Breaker, only to cause the alarms to go off. They dive into the river. 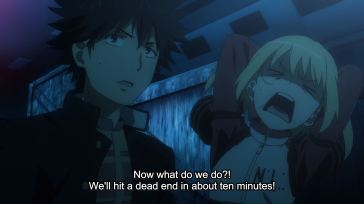 William’s fight continues, and things aren’t looking too good for him. 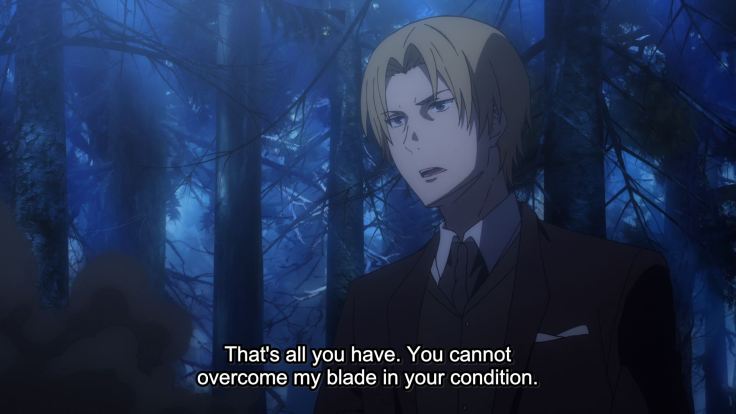 The episode ends with the Archbishop and Queen fleeing on foot trying to get to London.

Where to begin. Well, considering a lot of old foes made some minor appearances this episode. In truth somewhere never really bad to begin with. Mostly Shelly, the others, not so much, since they defected to work with Necesarius. Still, while they did not play a massive role this episode, it was a nice touch to see them appear, and fighting because they are now all on the same side.

While, that only covers a small portion of the episode, there is a matter of the remaining part. William’s role, certainly comes into question. I do not believe he is here due to being a member of the Right Seat, but as a former knight and protecting the princess he once saved. I hope it goes a bit more into his backstory, since at this point out of all the members, this is an event that has close ties to him. The first two not much was learned, and then as for the last one, well, I think they will keep that a bit more of a mystery until the final.

This episode did not feel rushed, Toma came off a bit absent in some cases and really took a back seat so William could come in and get the big fight, and it is nice to see but also question at the same time the very rapid power level jump in this series. Ever since the end of season two the enemies have only gotten stronger and stronger. It makes me question how the next series will go, considering I read an arc deals with an enemy whipping out reality, but they were a god or something I do not remember the full details. Either way, it slowly taking the fun away from this series. Before the powers seemed to be on a lower level and much more basic. Now, they are becoming more and more extreme from creating an unknown matter or being an angel because of where you are in the world. Granted any action series things like this need to happen at some point, especially long running series. At this point Index is becoming more shonen like. I mean, this is only around volume 17 of 21, and the sequel series is already at the 21 mark as well. But, this episode made the power scaling feel a lot more rapid than it has been compared to even the start of the season. Another thing to keep in mind for Index is the time between arcs. The whole events with William, I believe only took place a few days if not a week prior to this episode.

Anyway, enough rambling. This episode was still entertaining, and certainly pushed the plot a lot more forward compared to the last two, the action is still rising, and this is only coming off as a half way point in this arc.