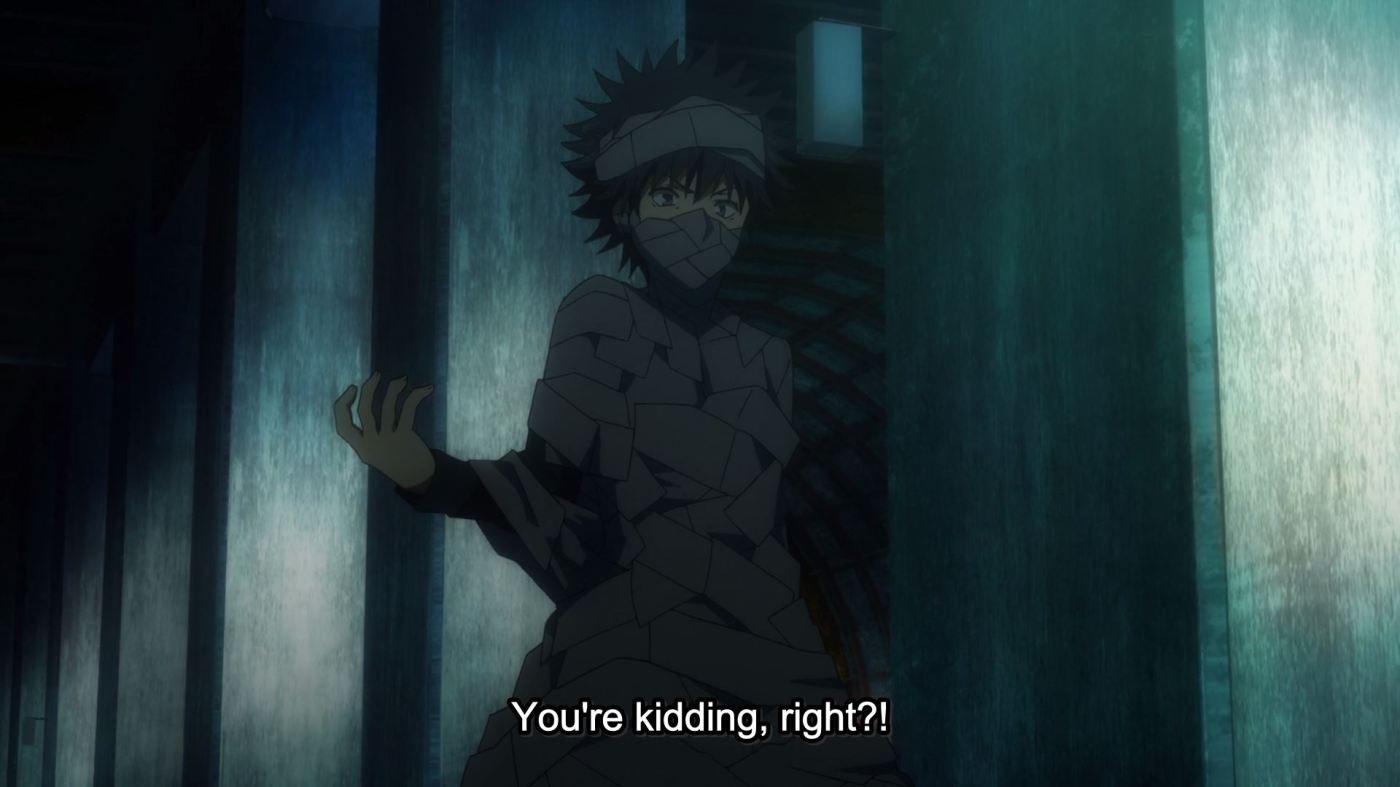 Well, this episode certainly was action packed while still leaving some room for more things to come. Also, I noticed a few things just abruptly were glossed over making for some weird things to question on what was missed or what happened exactly. Anyway, let’s get right into it.

Toma survived the fall and meets with the third Princess. The New Light member then disappears shortly after, so, who know what happened to her. Either way, Amakasu take the princess away allowing Toma to go and find Index. 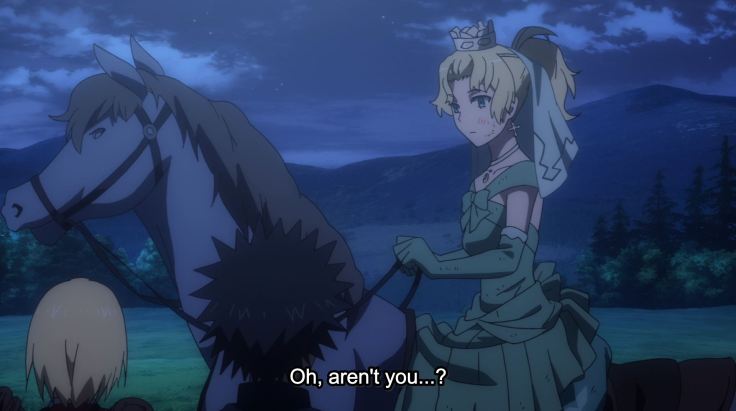 While this is going on William fights the head knight who reveals some new OP move that involves turning anything he sees as a weapon into a 0. Throw in plenty of deception moves from William, and he pulls victorious. 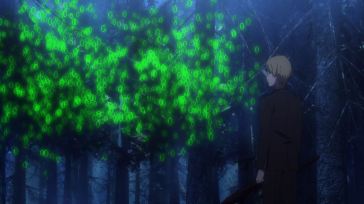 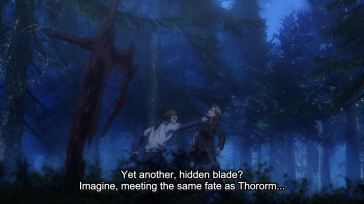 Toma runs into William and finds Index. Of course, the second princess shows up and explains how her fancy sword works. But, it is not so simple for Toma to land a hit on, since she blows him away hundreds of feet in the air along with Index. But, William saves him. He then explains why, I mean Toma is his biggest enemy right now, but also apparently the plans of the big bad group require both Toma and Index alive, so, at least for now, William has to save them from a falling death. 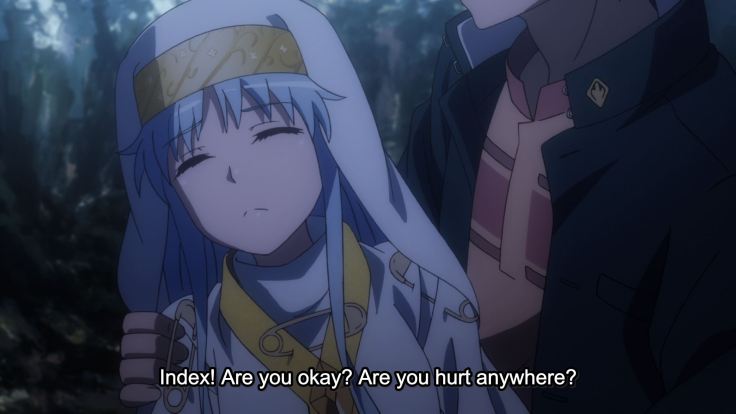 Apparently, the sword has a failsafe, which involves moving a magical train out of a certain area. It disrupts the flow of mana for the sword. Which then will allow for an opening for a counter attack against the coup d’etat. So, Railgun, the expert at breaking locks is called, which she now finds out Toma is in London. She still has no clue about Toma’s role and magic after all. 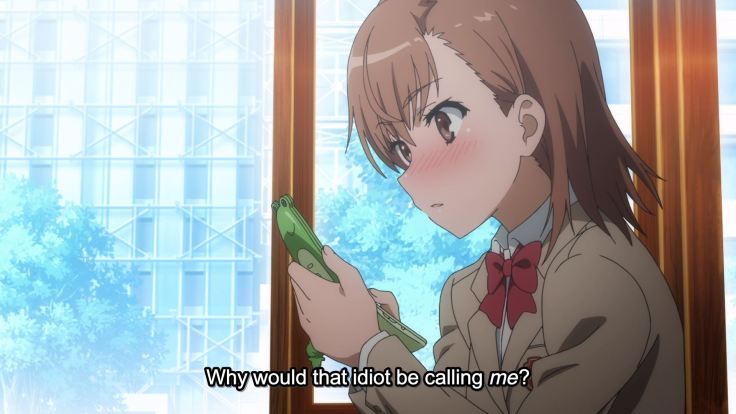 Anyway, with the third princess’ help, the train and trap is able to quickly put to an end. Toma did have trouble with the trap, but, even with no magic experience, the princess’ blood is what was needed. Certainly, she was a lot bigger help than she thought. 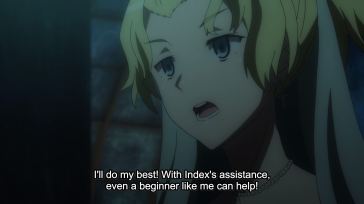 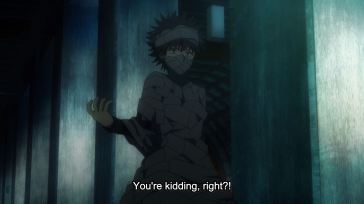 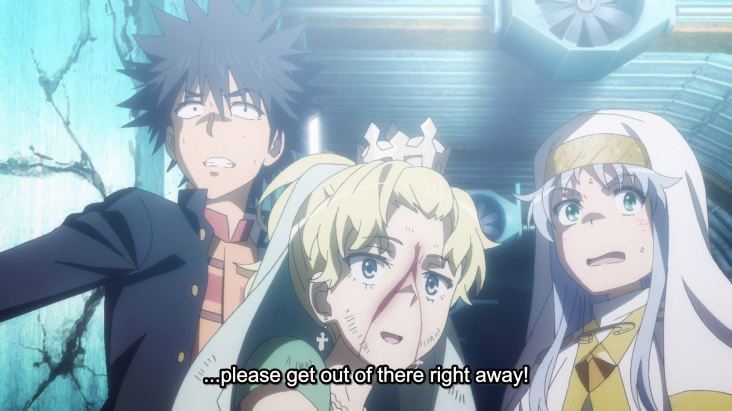 The episode ends with everyone taking a short break before their complete counter attack to end the coup d’etat once and for all. 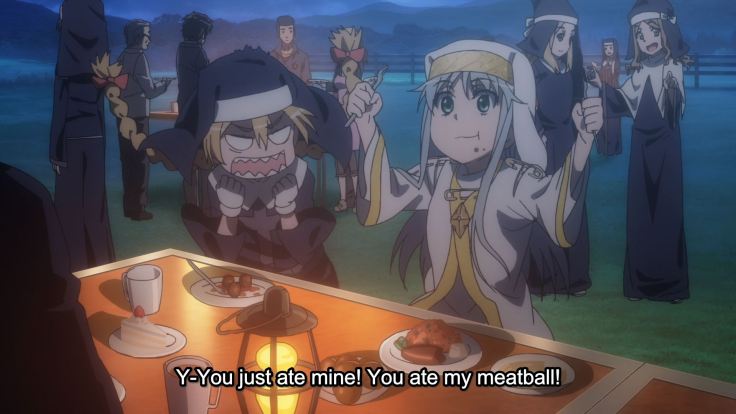 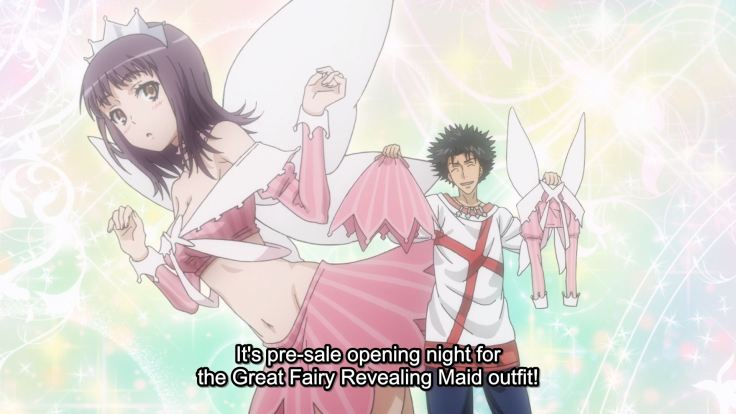 While this episode certainly had a lot of action to it, the disappearance of the New Light character felt rather odd. Sure, she could have escaped, or maybe I just missed her when the third princess was with the Amakasu, but seeing that her group was the villains last episode, it seems odd she would get away so easily. It felt like some parts this episode were skipped over. I could be wrong, but I would not be surprised if I was right given this being an occurrence in Index before.

Now as for everything else, I did like the set up for the next episode, towards the end. This comes at the cost of the fight Toma had and even William’s fight at the start of the episode feeling like it was a rather rushed to conclusion. The head knight brought out a fancy new move, and granted William planned around it and was able to put an end to it rather quickly, I wish the fight went on a little longer. With Toma, well, his one punch method is common, and it was not like he needed to give a speech against some inanimate object. Still, the scene felt slightly rushed.

Compared to previous episodes this arc, this one feels on the rushed end of side and feels a little awkward. It is not close to the ending to wrap up the arc, and it is certainly too far ahead to do anything drastic. This episode was certainly nothing more than average.