The Sometimes Serious Corner of the Internet for Cat Releated Things

So, slightly misleading title if you think this episode is bad, it wasn’t. I was referring to Misaka Worst, but, more on that in a bit. I am just going to get right into it.

So, last episode ended with Accelerator about to fight some Magicians, and well, he beats them rather quickly. He does question why his powers were not working properly. Then out of the sky, a Misaka with a mask appears. Which certainly makes Accelerator slightly worried given the animosity she is presenting. 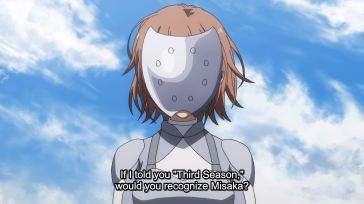 Meanwhile, Toma and Vento well, Vento anyway, she fights Fiamma. It also turns out she was in charge of the Queen of the Adriatic Sea and can control one of the ships. Which certainly helps. Unfortunately for her, Fiamma has some bizarre power where everything he wants, his right hand can do. There was a mentioning about Angel Fall and how the powers of the world are more out of whack because of that. He then drops the ball on Toma saying how he has been controlling Index for some time, even down to what she said. 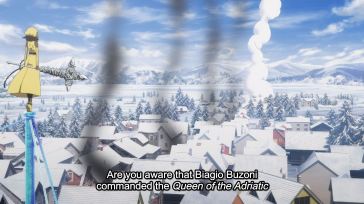 Hamazura on the other hand, well, the village that was helping him, is now under attack and under threat of destruction to cover up gaining their land. But, I am guessing more on that next episode.

Back to Accelerator, well, he is certainly showing his resolve in not wanting to hurt any Misaka. So, he is not using his powers. He even checks to see if it really is Misaka clone, and well it is. She is off the network and has all the animosity of all the Misaka’s. So, she is really out to kill Accelerator for killing 10000 of her sisters. 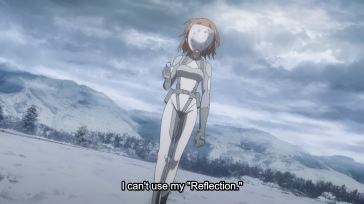 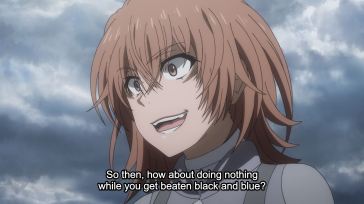 But, this resolve quickly turns into fury as Misaka Worst goes to kill Last Order, since the older generation is about to be replaced. Which certainly does not sit well, and Accelerator beats her to an inch of her life. 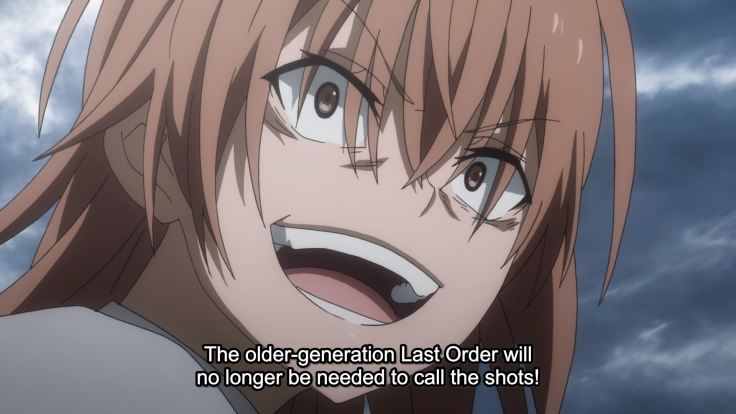 Of course, his retaliation results in him getting sick and having a mental breakdown. Ultimately getting furious at the people who created her just, so she could die. Thus, he vows to save her and protect all the Misakas, even if more in the future come after him to kill him like Misaka Worst did.

Honestly, it felt like the highlight of this episode was Accelerator and Misaka Worst. Both made this episode rather interesting, and Misaka Worst, certainly pointed out some rather interesting concept. The fact that the clones are becoming more human like and learning emotions, well, even though she was off the network and had all the animosity dumped on her, well, the fact she says that the other clones might one day come to hate Accelerator is honestly believable. Maybe not all of them, they know, thanks to the Misaka network, that Accelerator is trying his best to protect them and the fact he really regrets doing what he did. This still does not change the fact that they could become hostile towards him, but, well, it certainly will vary with over 10,000 clones out there.

Another thing that I thought was rather interesting about Misaka Worst, she came off stronger than the other clones. I only say this because it was said the clones were level 4, had trouble manifesting the railgun ability, and needed several means of aid to use their abilities, Misaka Worst, did not. So, she is certainly interesting in this way, because well, she is certainly a stronger clone. She is also the only one made after Last Order, so, she is the 20,002 clone.

Now, as for the other interesting part of this episode, Accelerator. I loved how he acknowledged that Misaka Worst was created solely to have him revert to his old ways and even though he acknowledged it, he still almost revered back to his old ways. I do like what caused it, Last Order being in danger, any other way would not have worked, and it was a great follow-up that once he snapped back to reality he instantly regretted that decisions, it shows how much he grew as a character after all this time and how much of a resolve he has. He even swears to save Misaka Worst who is on the brink of death.