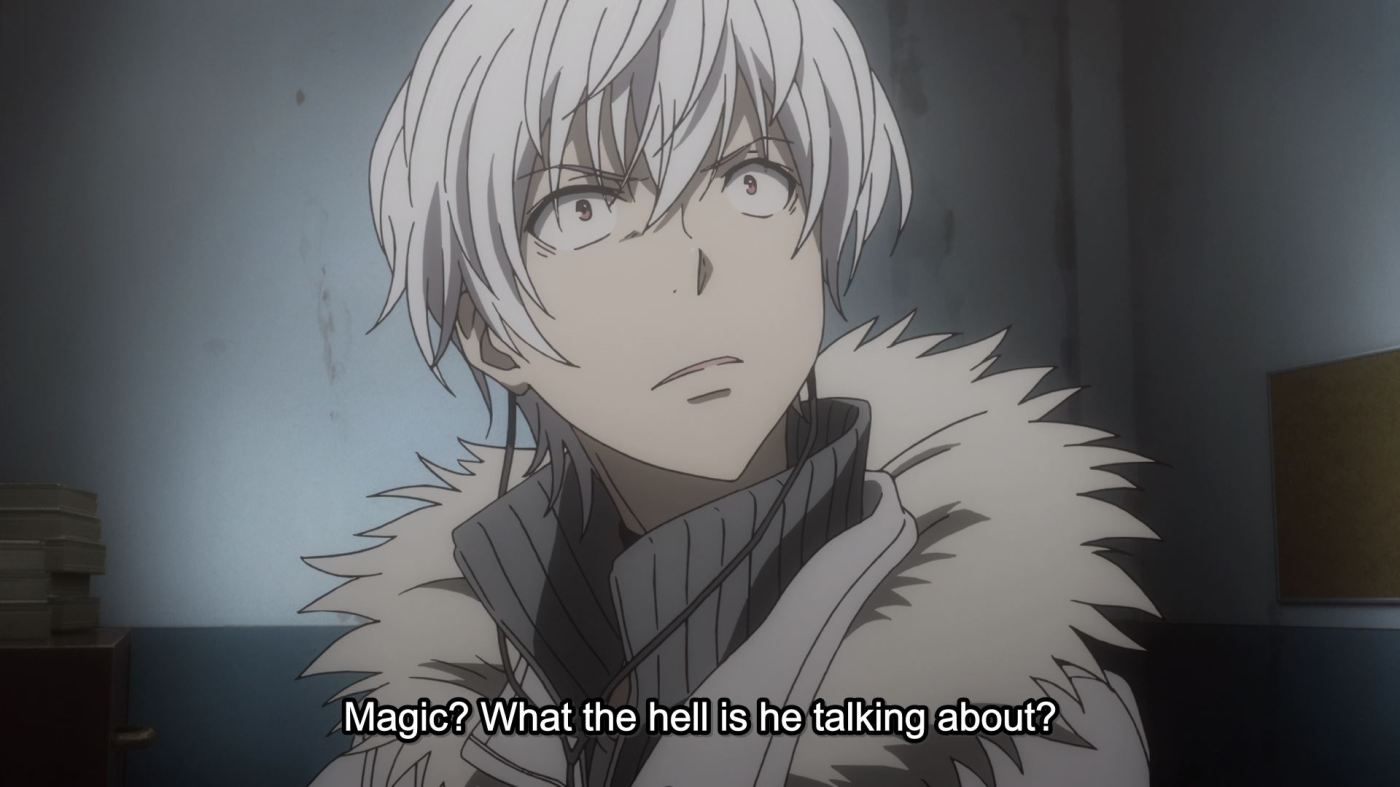 Compared to last episode, this one was really setting up and trying to cover a lot of things at once. Some, unsurprisingly, got lost, or possibly did in this episode. I am not really surprised, this arc is the longest in Index so far and some of the longest volumes are being condensed into three episodes each, so some aspects will be lost. Hopefully the landing will still stick. Let’s get right into it.

So, the Pope is currently at a lost. He might be overthrown as the Pope, and well, he feels like this is just another test the lord set out for him. That is about all is seen from him this episode.

There was a scene with Kazakiri talking to DRAGON. Well, she appears to be going off to Russia now.

Then comes in Toma. Well, not for long it is mostly him eating a burger. 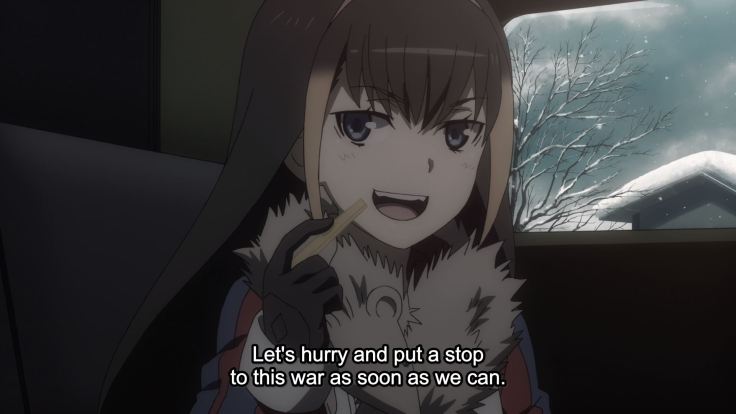 As for Hamazura, the actual plot kicks off. With a big strong man saving his day, he then escapes, since Academy City is about to now protect the town William just saved. Seeing that he is wanted dead by them, staying for long was not a choice. 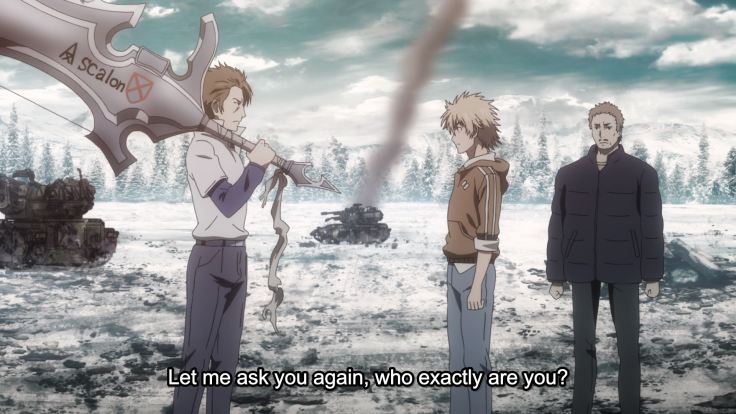 Then onto Accelerator, well, he goes on a mole hunt, since the place he is a is infested by them. Also he learns about magic and that paper he stole from Academy City goons was something to do with magic and using Roman Catholic magic translated into Russian or vise versa. Either way he had to go and find someone.

Of course, while on his mole hunt, and Hamazura being chased by Academy City mechs, the two run into each other and Hamazura is then again saved by some really strong man. 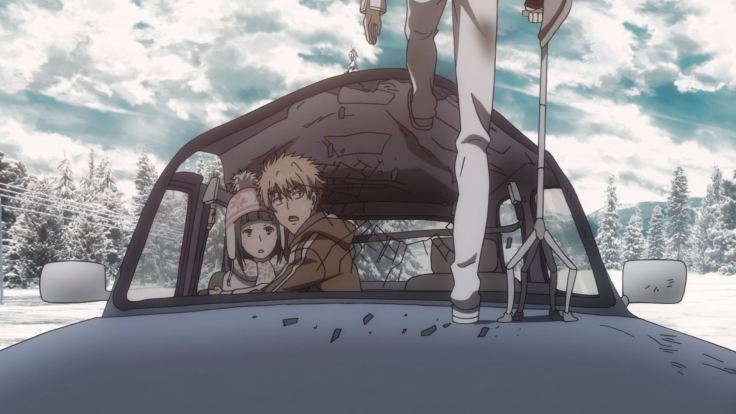 Anyway, long story short for the next bit, they meet the sorceress, she can heal Hamazura’s love interest, but not Last Order. Accelerator needs to interrogate the moles to get more information that might help save Last Order and breaks a deal with Misaka Worst. Misaka Worst on the other hand cannot help but to laugh at how serious Accelerator is doing this. Thus, later in the episode she helps and gets the information they needed. 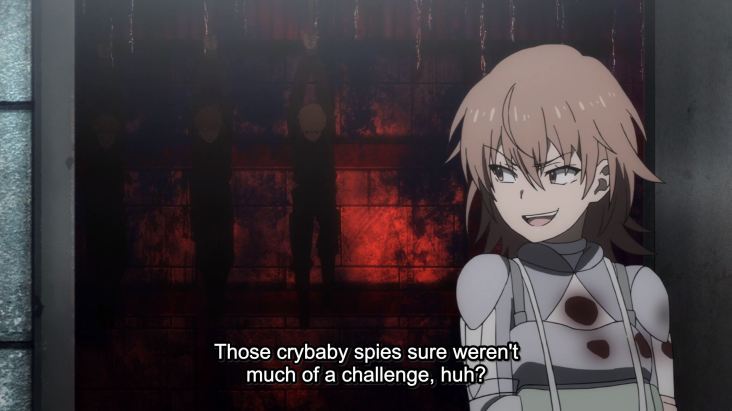 As for Toma, well, Fiamma’s plan starts to go in motion as he was apparently listening in on Toma this entire time. 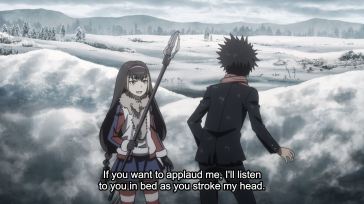 Back in England, the Arch Bishop might be evil, since she does have something that can control Index, I honestly had to rewatch the scene and was still confused by it since it was mostly Stiyl making an accusation. 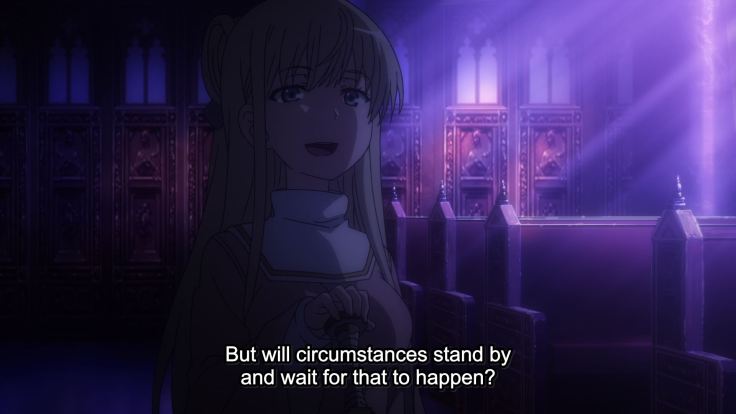 The Star of Bethlehem finally shows up, with Toma of course being stuck on the giant floating island.

The episode ends with Misaka making it to Russia and crashing landing because of the Star of Bethlehem. She also meets with one of her clones that might be able to help her get onto the floating island. 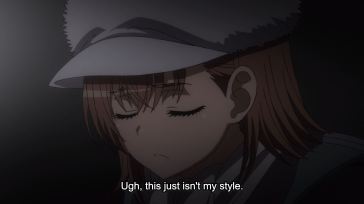 Again, it felt like some things were left out. This is more for the Stiyl moment. But overall, I found it hard to get into this episode and feel invested into it. It felt like it was tying to do a bit too much and just did not have enough time, even when they removed the opening and ending theme.

With how much that happened, it feels like there is not too much to say. While a lot did happen, some moments were dragged on, like Accelerator’s talk with Misaka Worst. It really felt like a scene like that was dragged on, even though some important bits of information were made. There was no real right way to make this episode. Honestly it made it felt like more episodes would be needed for this series. Hopefully this is not the case for later episodes.

Either way, this episode was alright, there certainly were better episodes and worse episodes.