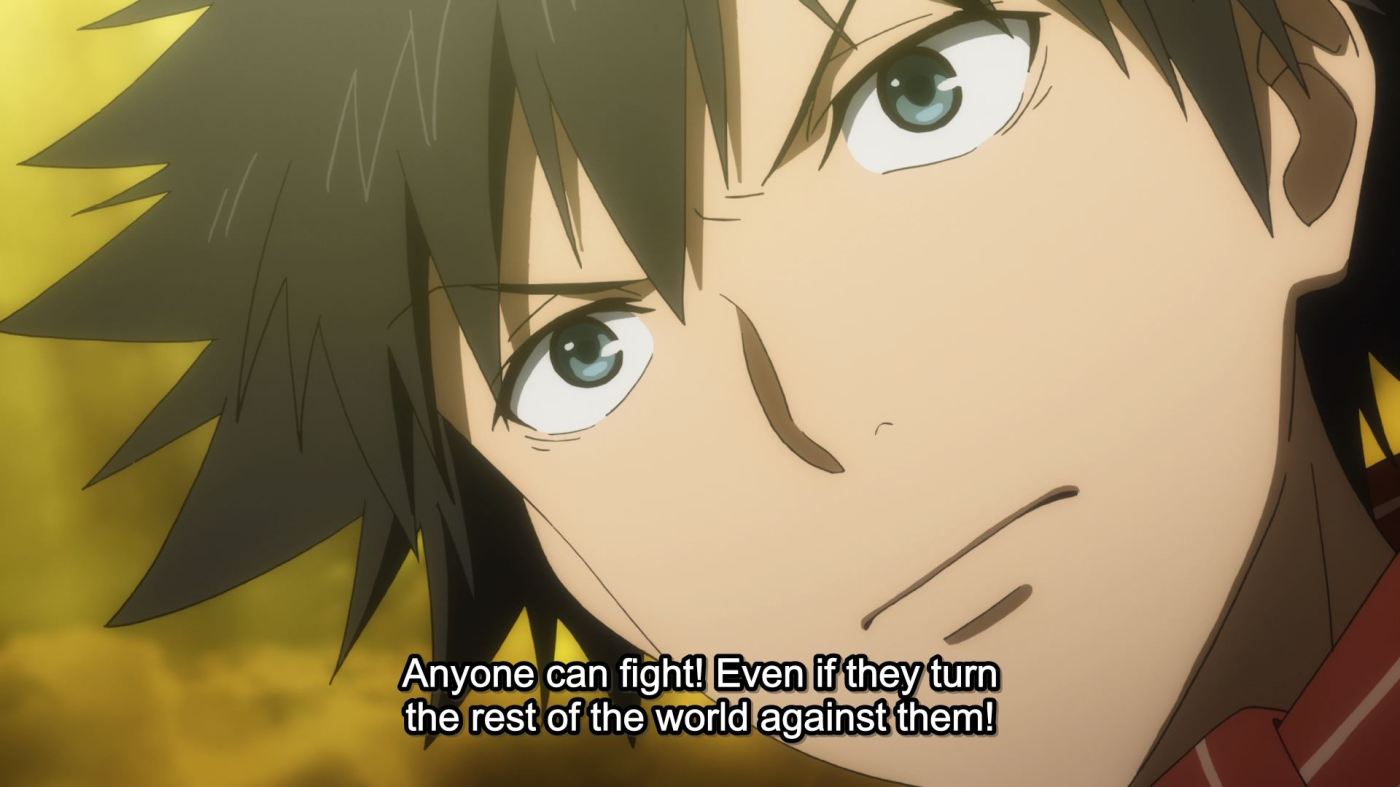 I know I have issues with this season, some things feeling like they were left out, the non-Toma arcs, and things like that. But, overall, I still like this series and this season. It is weird to think this is the next to last episode for this series, I honestly thought this day would never come, season three airing and whatnot. Certainly, I hope they will adapt the sequel series, but for now, it is time to get into it one last time.

So, Shizuri is still “recovering” from those ability crystals. Hamazura is worried looking for his girlfriend. After a short time, he finds her. Then bizarre warriors from Academy City show up, they might be magic, I don’t know. Either way they manage to fight them off. 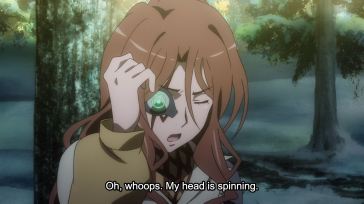 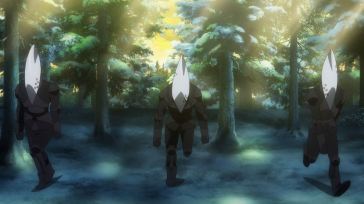 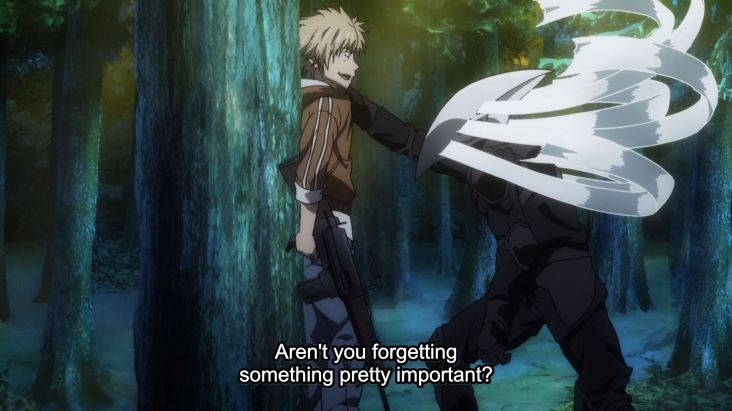 Accelerator finally gets the information he needed. He also seems to understand that the world is being changed. He then does the song, of course since Tsuchimikado brought it up and experienced it several times, magic and science can’t mix, and well, Accelerator takes a lot of damage. Thus, ends his part of the episode. 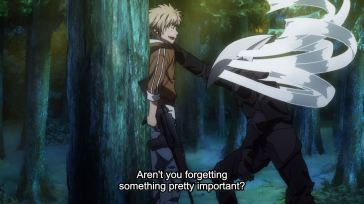 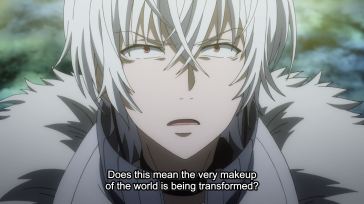 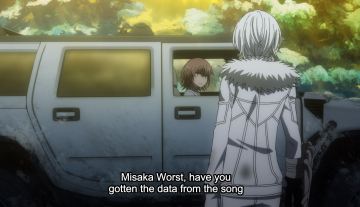 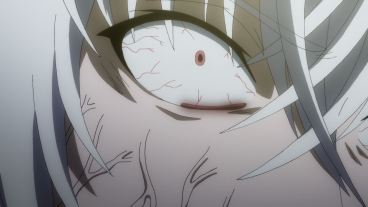 Toma and Fiamma continue to talk and talk. Toma says that everyone can fight. 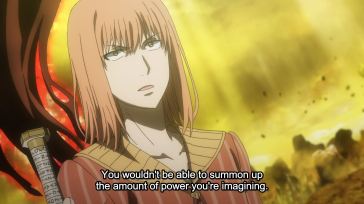 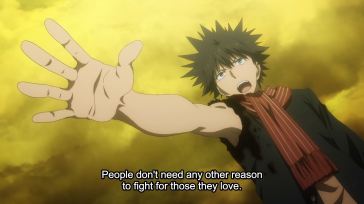 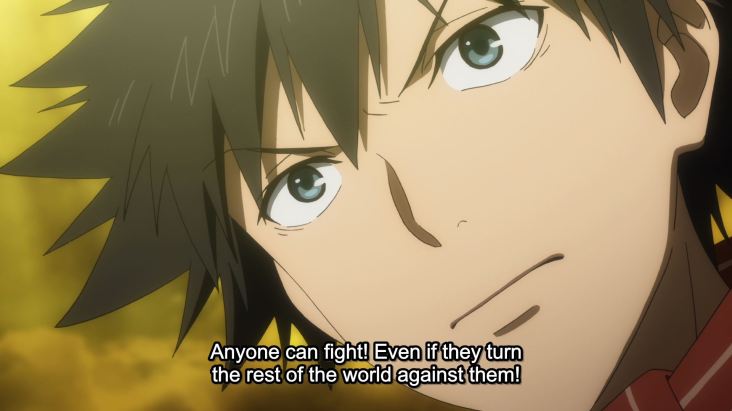 Meanwhile around the world giant hands start appearing and blowing up. Sides that were fighting are no longer. Magicians are coming together and fighting. 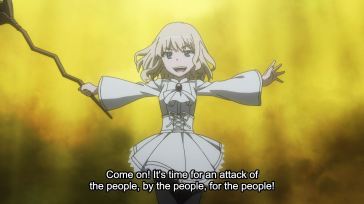 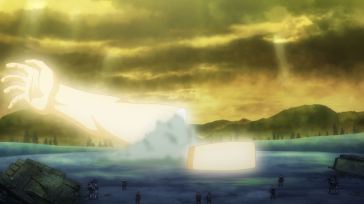 Behind the scenes members of the Russian, Roman, and English Puritan Church combine forces and undo the spell the Fiamma brought. The episode ends with Fiamma revealing that his plan was now accelerated and bringing down the star will cause divine punishment. 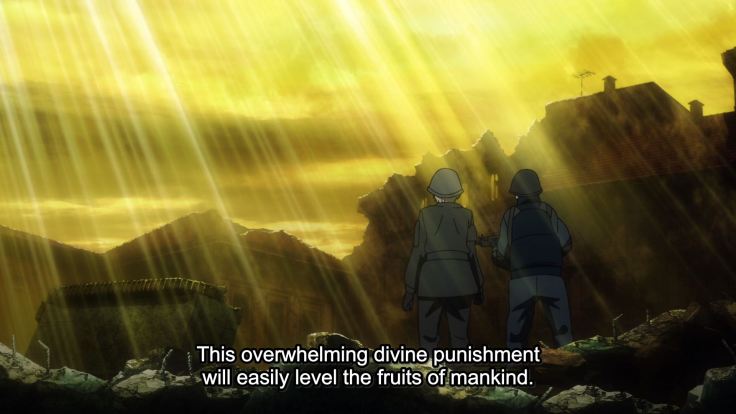 There was a lot of talking from Toma and Fiamma. I did like this episode, since at this point I am accepting the fact that I am super bias for this show. Either way I have no idea what to expect for a Hamazura part and Accelerator part. It feels like there will not be much going on in the final episode, but I could easily be wrong.

Now, because I got tired of waiting, I do have a general idea of how the series ends. I don’t know all the other details. I do hope, since Misaka is going to make it to Toma that there is something between them. This season it feels like there has not been as many moments with the two together. It needs to happen, even if there is the fact that they don’t date. I still want to see something happen between the two of them.

Again, not much to say, I think I will save my true thoughts for this long arc next time, since honestly it feels way easier to do.