So, I got into Gundam, shortly after I started to blog. I want to say it was in my first year, or within my first year. I honestly don’t remember. I do remember I had consistent first impressions, so it was more than likely that first year of blogging. Anyway, since then I have watched several series, and there were always some Mecha designs I liked. Some I now have models of, but others, well I certainly want models of they are just way to expensive. Either way, I think it is time to talk about some  of my favorite Gundams throughout the series I have seen.

G Gundam, its opening is easily one of my favorites out there. I do like the main gundam for the series. Unlike some of the others I will mention, this one is more meant for hand to hand combat. I just like seeing the fights. Also with a move like Shining Finger, I mean, it is a classic.

Seeing that Re:Rise is still airing, and despite loving the main Gundam of the series, I don’t want to put it later in the list. I love the fact that Core Gundam has multiple forms, each one based on the planets. So far five have appeared, and well, my guess is by the series end there will be one named after every planet. Of course, another aspect I do like was translated into the model itself, where you can take off the armor of different ones and combine them into a single Gundam. It takes the essence of the Build Franchise to heart. The series was based on creating your own Gundam with model kits, and well, it is nice to see the are translating that into the real-world model kit.

This was not my favorite from this series, that goes to Number 2. Still, being the main Gundam used in the first half. I do like the changes that were made to it. Between the mix style of combat, having both plenty of range and close combat abilities, it has so much going on it made the series enjoyable seeing the different styles of combat it was able to take part in and work with. (Seen in the next picture on the left.)

The only SD Gundam on the list, but it is also one that can transform into just a plain old Gundam style. Still, I do like the fact that even the Model Kit, can transform between both forms like the Gundam did in the anime. Also, it is a ninja, which honestly makes it a lot cooler for some reason. 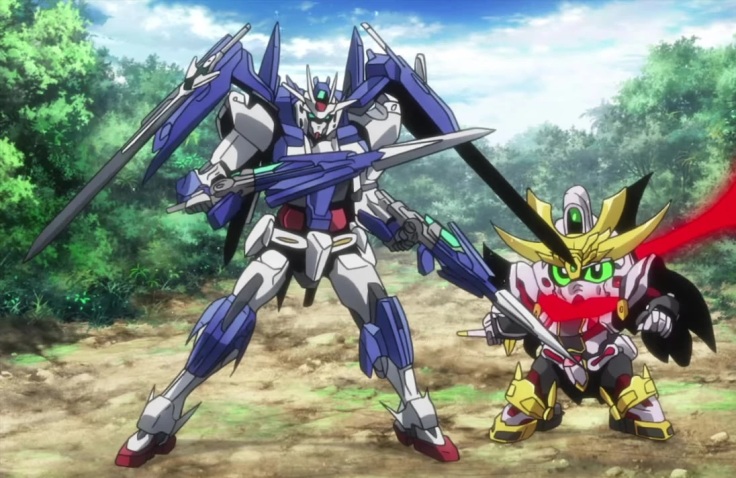 I don’t know why but when I first saw this appear, I just really enjoyed it. Between the little funnels that zoom off in space to attack, or the massive wing like thing, it just to me looks really cool. I would love to get a model of it but seeing that it typically goes for over a hundred, it will be some time before I decide to invest into something like it. 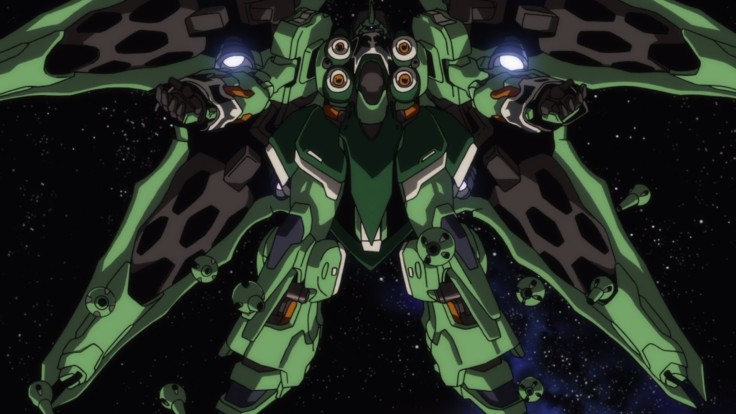