Now, those of you who been following my blog for some time might be thinking, if you remember it: “But Joe, you already did this post for a Top 5 like four years ago.” And while that statement is correct, and wow, that was a long time ago. It was for a Collaboration post, a lot has changed in that Top 5, including Number 1, shockingly enough. That I felt it was justifiable to do this. So, time to talk about my favorite characters from Fate. Please note some of these characters are not from the anime. Also, I will be using their True Names, as they are referred to as in some anime, over their given class since some are the same class and that would get too confusing.

The main character or at least one of them in Fate Grand Order. I mean, I kind of feel obligated to put her on this list, otherwise it is just a waifu list and I don’t feel like gushing over a billion different Fate/ characters. Either way, Mash is good, she is strong, smart, and really great defense. Game wise, well, she is a good back up, especially when her skills are maxed, paired with a healer, and despite not doing much damage, can out live the heavy hitters because of it. So, I like her for a mixture of both. 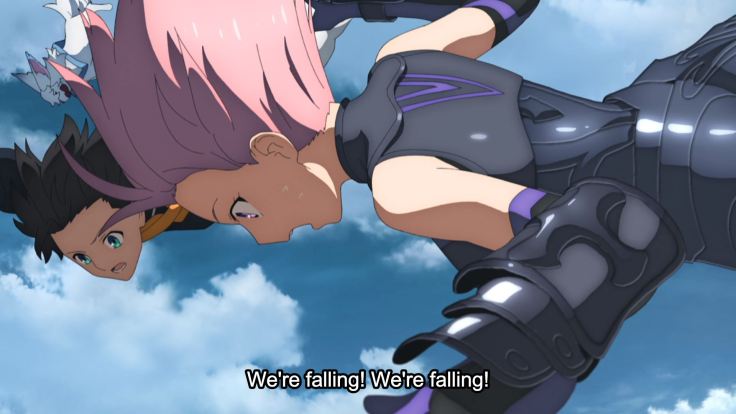 A good mom characters. I just really enjoy her when she appears. Despite being a Beserker, she has some control, as long as it doesn’t involve her kids being in danger or anything indecent appearing that will cause her to snap.

I would love to put her higher on the list, but those are taken by waifus and husbandos. But Da Vinci is special. She surpasses some but does not make the list. She is simply amazing, smart, and cute to boot. I do love how every now and again in events she can be a slight comedic character. But she is also very informative, informing the character, and thus the player, how little aspects of the game can work sometimes in lessons. She is just an overall great character, and I am very curious as to what happens to her in Fate/Go’s Part Two, seeing she is somehow younger.

I always liked Gilgamesh as a character. Plus, he was one of my first 5 star servants that I ever got in Fate/Go. Between the multiple different versions of him in the game, you get to see different sides of him, and each one, despite having similarities, down right also have the same quirks that I love about him. He might be cold at times, but he is also very caring, and in some cases, he might be cold, but deep down he does care. While the anime, UBW, might show him more as a selfish individual, he is seen different in Fate/Go, and really, it was there were I liked him more. While I did like his portrayal as a villain, seeing him playing the role he is, a hero, is certainly more interesting, especially considering only a few things change about him.

So, I mean, Artoria was obvious, and while I said Number 1 changed, by this I mean there are two in the number 1 slot, also, this counts all the billions of new forms of Artoria there are since the last Top 5 talking about this. I honestly think I have talked about her enough on this blog to no longer say why.

Anyway, about Carmilla. I just like her, while she was one of my first 4 star servants and carried me such a long time since launch. I grown to enjoy her character, despite how few times she appeared, and is honestly shafted by her younger self in events and only gets minor roles. But someday NA will get the summer event that has her taking the spotlight she deserves. But, yeah, I just enjoy this character.

Anyway, so, who are some of your favorite characters from Fate?