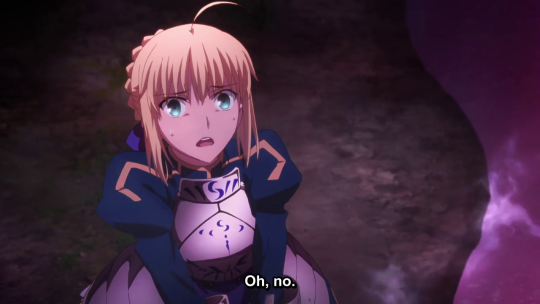 At the time of writing this, I have been working on one of the previous posts. I need some time to think. So, I am going to be taking a hiatus, for a month, before I make the choice if I should continue blogging, write on a monthly basis, or be done.

This is by no means an easy choice. It certainly is not a choice I want to make. Given how much this blog has meant to me and how much it still means to me. I do not want to see it continue down the path I been taking it for nearly the last year.

I have declined a lot in my terms of writing. Blog writing, the last few months, since the five-year anniversary, to me, has been coming off as a chore. I do not want to make it feel this way where I am forcing myself to write. I will admit I have felt that way in the past with some weekly reviews or posts on occasions. Lately it has been feeling more frequent to the point were even doing the last few update posts, and even the fact I been postponing the 12 Days of Anime final post off for so long. For the past two months day after day I keep telling myself I am going to start it, I know what I am going to talk about, I just have zero motivation to write it. It just bugs me. If anything, I am just burnt out here.

Now, I am going to say I am glad it is not writing that is making me feel burnt out. It isn’t. Over this past month I have found the joy of writing my book again. Something I been struggling on again off again for the last few years. So, at least it is not that.

I remember at the five-year anniversary post I had all these ideas for that month. Well, I tend to get discouraged when it comes to things when I do not achieve the goals I set. Right now, I think that is still affecting my ability to write here. A part of me thinks it is also the fact that I haven’t had something continuous here in some time. After both Mob Psycho Season two and Index Season Three ended last year I haven’t done any weekly reviews, I tried, but did not continue. I think that was when this decline started.

Anime I have felt a bit burnt out on the last few months, despite watching a lot of One Piece. But, seeing that it is the main focus of the blog, it is one reason why I feel like it is harder to work on reviews. I have done posts besides anime ones here in the past. But, 90 percent of it is still anime related content.

More than anything I want to use the next month as a time to think. I have not looked at what is airing next season, so, hopefully there is something that I view as worth reviewing. Maybe that will change my mind.

At the same time, I do want to put a lot more focus on my book. I want to over come the hurdle I have struggled with from several years ago, trying to get it published. I haven’t really worked on it since that failure. I started a rewrite almost two years ago and stopped around April last year after receiving some great feedback. My writing has improved, and I want to put more focus on it so I can try to publish it again this year. But, to do that I might have to stop blogging.

Like I stated at the start, this is a very difficult choice, and one I did not expect to be even thinking about. I thought about it before, but this time I am rather serious. I do not want to say I will be taking an extended Hiatus, only to then appear and say I am not doing it again. But I do not want it to be a continuing struggle like it has been either. If I say I am done, I want it to mean it. Sure, I would not mind if I came back maybe next year returning to this site after I said I am done. I do not know what the future holds, and I do not want to make a promise that I will return only to never do. So, I just want to make that clear. I want to take a break to clear my head, think about what I really want to do, how I want to go about with the future of this site, and things like that.

Now, I know I hardly posted anything the past few months. The back of my head I am even saying “Well, if you didn’t do those posts why didn’t you think about this back then?” Well, because I had the intention of not stopping, I wanted to get posts out even when I did not get them. I did not see myself on break. So, for all intended purposes I will be on an official break with my main focus actually be thinking about what I want to do.

I wrote everything before this a week prior to posting. I let it sit, to think clearly that these are my thoughts, and this might be the right choice. I still honestly don’t know. It doesn’t sit well with me not blogging, but it really annoys and doesn’t sit well with me saying I am when I don’t. I hope the next month I will formulate a plan, think clearly about the next step, and hopefully it won’t be time for the end. If anything, I already have an idea what I would like to review, so, I mean, there is that, but, again, I don’t want to give false hope.