Tower of God Episode 8 Review: I will finish this someday 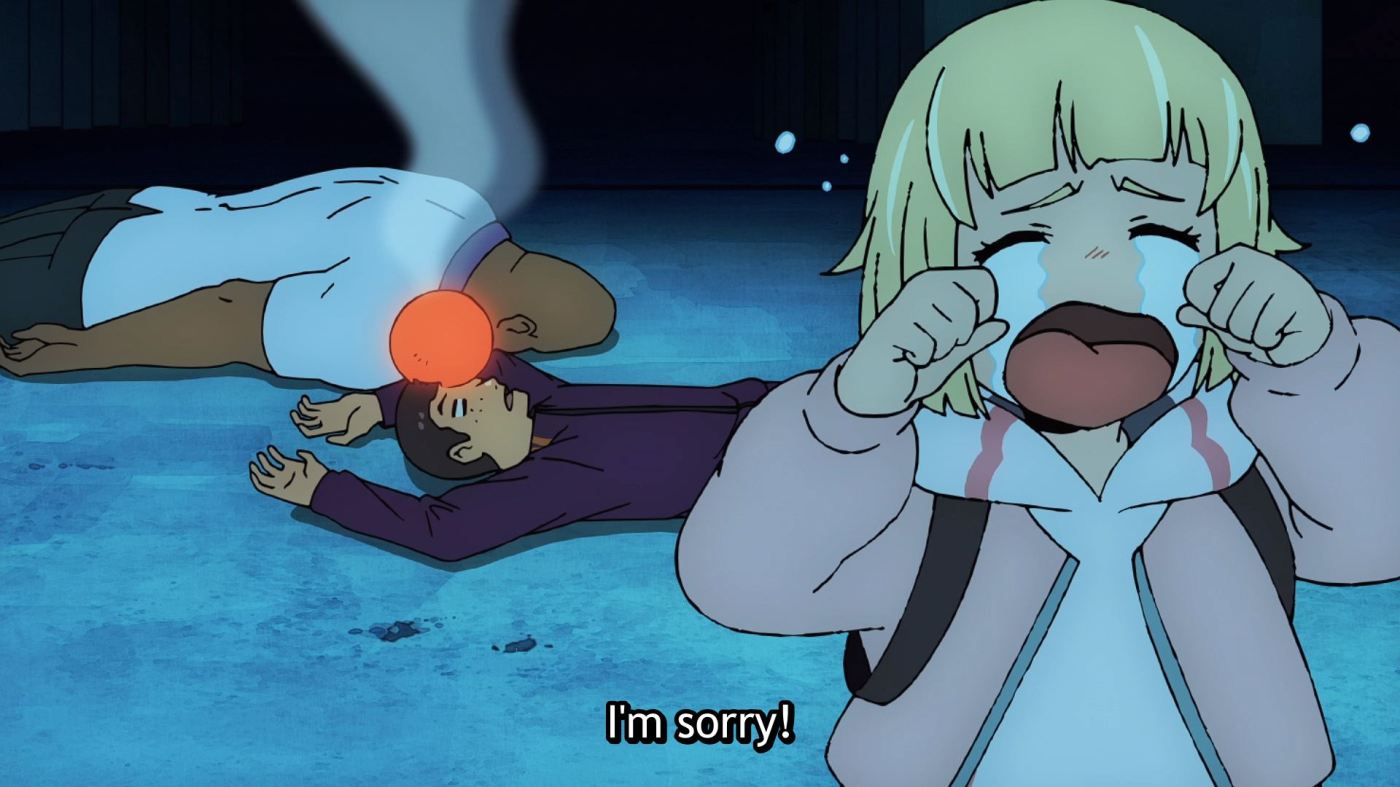 So, last time I mentioned how I was into Naruto. I think I was just finishing the first series around that time. Since then I have seen about 275 episodes of Shippuden. I really dropped the ball on this one. I wanted to continue this series, so, I do plan on finishing it, mostly since as of right now I have no idea what I will review next season, maybe Crunchyroll’s other original series. Anyway, enough rambling, time to get into the episode.

Yeah, I am not surprised in the fact that this test was going to be a farce, I mean, considering they started this episode with how the Ranker helping out has absolutely no sense in holding back against weaker opponents when he is annoyed, well, with his voice actor, and the roles he typically has, I am not surprised with this Quant’s actions.

Surprisingly, he might be having some restraint, not a lot, but some. But, Quant, yeah, he is certainly tricky to read, since it honestly feels like no one knows if he is holding back or not. But, judging by their “defeat” everything is still going according to Khun’s plan. Of course, it is also not surprising that Khun has multiple plans and has informed everyone of them.

Honestly due to it being 2 weeks since I last saw an episode, I forget what the goal of this test was. Either way, clearly Quant is not holding back, and if he is, he is certainly not pulling any punches with how much he is holding back as he steadily goes through the wave after wave of nameless characters trying to prevent him from moving forward.

It is a nice added touch, that Quant, despite possibly not holding back as much as he should, is also still taking up the role he is meant to, a teacher, explaining to the people he is beating up what exactly they are doing wrong.

So, the guy who always talks about his killer arts “Time to demonstrate them” or “Looks like it is time for me to use them.” On one hand he is coming off as a joke character, so, it honestly feels like these killer arts do not exist. On the other it feels too obvious, so, maybe they do exist, and he is just really unlucky at showing them, seeing that he has never been in a fight, always tried to steer away from one, and someone always manages to steal the limelight away from him when he is about to use them. I doubt, at this point we will see it any time soon though, if we see it at all.

Anyway, I like how Rak, passed, so he can basically tell the Rankers not to doubt Khun’s plan, even though it looks rather clear that Khun’s team lost. Khun has a lot of tricks up his sleeve, like his bag for one, and well, he also has a lot of other possibilities. But I do like how they had to add in the fact that “Well, I did this, so he can’t,” just so that ability won’t be abused. Plus, it makes it more interesting on exactly what Khun’s plan is if that is taken out of the picture.

Back to the joke character, Shibisu, not surprised how he turned out. Although him using his killer arts only turned into holding onto the leg of Quant to prevent him from moving, maybe he really doesn’t have killer arts.

Khun is certainly my favorite character. He has a plan, and hides the little dragon girl rather well, in an attempt to convince Quant that she jumped down to go to the other exit. Of course what even makes this better is that Quant seemingly caught onto his plan, only for him to be somewhat right. Although Khun made two copies of his cube, one to be sensed, while the other was a bit further away with the dragon girl, ready to catch him. All to get Quant to fall all the way to the start. It is moments like this that make me enjoy his character.

I will like to pause for a moment to add the fact that, it has been a week since seeing the first half of the episode, due to various circumstances, I was unable to return to it. So, my thoughts for the next half may change.

Seeing that I ended with Khun moments from victory only to see him quickly lose, well, it was nice to see this hit him hard. It was nice to see him hit somewhat in a low due to his strategy failing. Likewise when everyone around him not being upset, seeing that Khun did manage to throw off a Ranker not once but twice. Despite this, well, this was still part of his strategy. I don’t know why he betrayed his team, but, Khun always seems to be plenty of steps ahead of the game.

All in all, it was nice to see him lose, knowing that he still is guaranteed to move on. It was all an attempt to help his real teammate, Bam.

I really do not have much to say about that later half. Khun certainly is a tricky one, with how much he has planning and what he plans to do behind the scenes. Out of all the characters I certainly like him the most with all the character development he has had and who he is and certainly never really shows his true colors.

As always, feel free to comment your thoughts on the episode or series, just keep in mind of spoilers for the series.