Higurashi When they Cry New Episode 2 Review: Sequel? Reboot? Both? 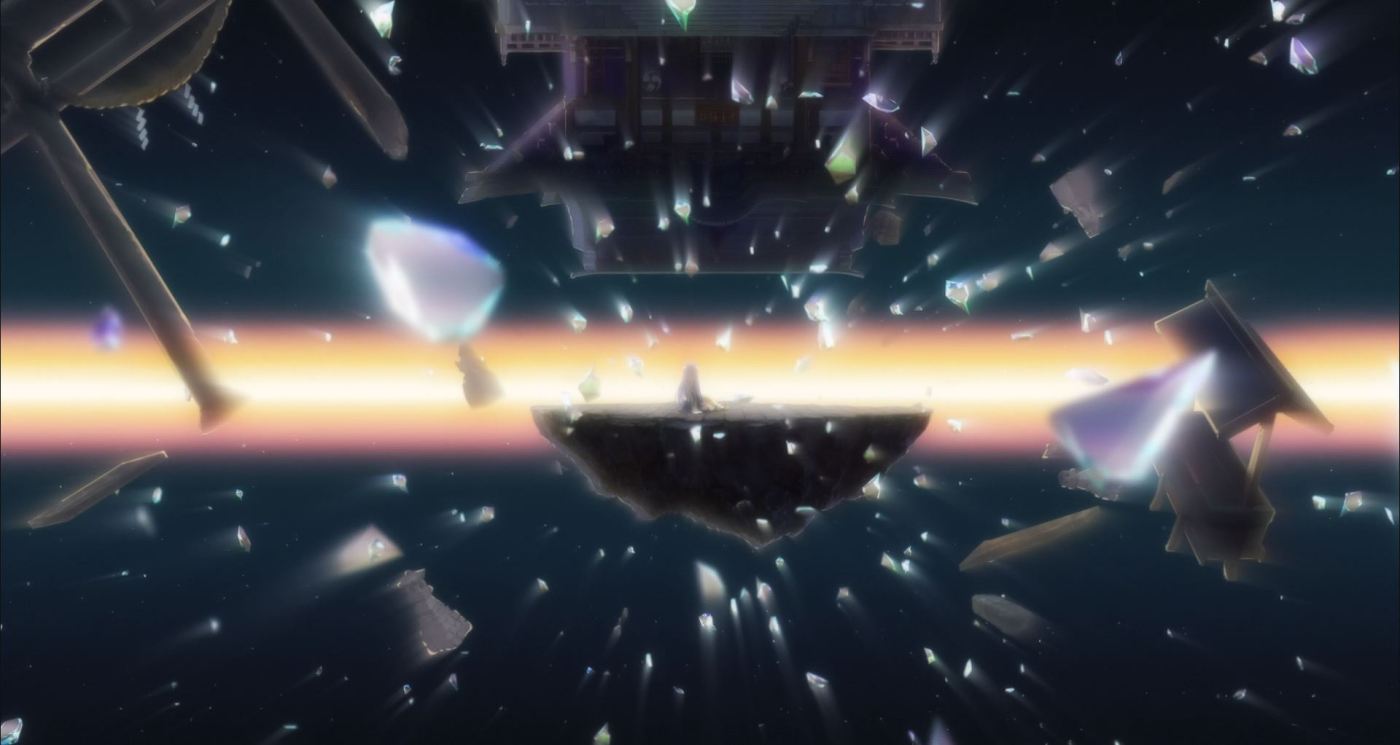 So, um, yeah, this episode really is coming off as a sequel reboot. I say that because, it is falling the first arc of the series but at the same time it is bringing up an important plot point that would be known after this arc, that time travel is heavily involved. It also feels like they will be pulling off more twists, as, it feels like it is going down a whole new route. Still, it is too soon to say. Depending on what happens in the next few episodes I might start going back and bulk reviewing the first series. But, there are no promises. I am still going to do my best to avoid spoilers. But I will explain one plot point in this review. I will mark it as a spoiler though. So, with that in mind let’s get started.

This whole opening scene is just a massive spoiler. Rika, who for all purposes is the one that lives in a timeline where she was able to solve the mystery. I really want to say more details, but that is a spoiler again and I am trying to not spoil more than what I should. She has lived and failed countless lifetimes with Hanyu. Sometimes Hanyu is just in her head, other times not so much. Regardless, she now finds herself being put back in the same events that would ultimately lead to a bad ending. But she is certainly more determined to fix everything.

Alright, episode one ended with Rena behind Keiichi with a hatchet, well, he is startled, she is startled by the other being startled, so the two ultimately decide to call it a day.

Anyway, the next day at school they play tag.

Then after school it is back to Keiichi helping Rena get out the statue. Of course, Rena’s serious side appears. Also, which did not happen originally, Keiichi has a vision of the murders that he commits.

Back at school the next day Mion talks about the Watangashi festival and the groups plans. Also, how Keiichi thinks the photographer is mysteriously suspicious.

Jump ahead a few days and the fateful night of the festival occurs. All key players are in place, and the episode ends.

As of right now, I think it is too soon to say, “Go back and watch the original to know what is going on.” Sure, if you don’t want to be spoiled, maybe go back and watch it, this is one reason why I feel like I should do reviews of the original. On the other hand, I hope this is more of a nod to the fact that the mystery was already solved before as an anime, but this time it will be different. The fact that are adapting the first arc with a few differences, makes it come off more as a reboot, with a few sprinkles of hints that can allow for long time fans to come back. Again, this is only episode two so I might be super wrong about this. In fact, it might just be mostly a reboot.

Enough about that though, while my thoughts were primarily on the fact this might be a sequel reboot, or just a clever reboot disguised as a sequel. This is Higurashi and it tends to have a lot of twists and turns and a lot of other surprises, and I hope that this new one will deliver, certainly this episode did, and it got my a lot more hyped up, so much so I am watching it as soon as I head it might be a sequel. I might be rewatching a lot of the original, but it still somehow still feels new, fresh, and as of right now, no means to go back and watch the original as it feels much more like a reboot. I personally hope it stays this way, that way or even adapts what was not adapted in the original, since it had to change some things around as the visual novel series ended several years after the anime did. I only just started to read the first visual novel, so I cannot say what is different yet. Either way, I am looking forward to it, and I hope people that jumped on episode one is not bailing ship because of all the talk it might be a sequel.

Either way, I hope people who never saw the original do continue it. I would love to hear your thoughts more than anything, since a fresh pair of eyes into this would be interesting to see.

I am also not giving a score this week.

Try not to spoil the series, I certainly will try not to, but, feel free to comment your thoughts on the series, both the original and this one.

3 thoughts on “Higurashi When they Cry New Episode 2 Review: Sequel? Reboot? Both?”