This series is also known as Joukamachi no Dandelion. At the end I will be going over several other shows, although the main focus will be towards this one. Sorry this one came out later than expected, been a little busy the last few days. 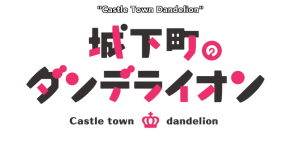 I will start off by saying I really enjoyed this one. I could see myself watching it all the way through. On top of that Akane, the main character, is more than likely going to be best girl this season just after watching that one episode alone.

Anyway this is a light hearted comedy slice of life. It is interesting how the series is following royalty siblings of nine trying to live a normal life with over 2000 cameras watching them. What I find interesting is that the show was split into two parts and it looks like the same could be said about the next episode as well. The first half did one story and the second half did another. I guess this has potential to do something different as well as have the ability to do a full episode at some point, my guess is near the end.

Anyway what I find interesting is the fact that they have powers which helps define the fact that they are royalty, and each child has a different power. One I am curious where the power comes from. I never really like it when the parents have different powers than the kids, it basically makes it give them whatever instead of a similar ability. That is unless there is some explanation to it, which I doubt there, would be.

Besides that I have to say this was one of the more enjoyable and more relaxing series this season, from the first episode. Yet, although I have given it nothing but praise so far, it does feel like this show is lacking in something, I just do not know what that is.

Overall Score: 4.5/5  This is my enjoyment yet it still feels like there could be more but still better of some of the series I saw this season.

This series is Licensed in North America and is being streamed by Funimation.

The other shows I will saw:

Chaos Dragon: It was meh, I will not go into much but it might be a drop.

Overlord: It was random watch. It was okay.

School-Live: aka Moe Apocalypse. I will not go into more detail than that to avoid spoilers.

To Love Ru Darkness Second Season: Technically this is the fourth season, fifth if you count the Ova series before season 2 a season since it had its own opening and plot. Anyway despite not seeing the last 2 ova’s that came out the last few months, making the last time I saw this show well over a year and a half ago, and by then I was questioning why I ever watched it to begin with. This was one of the first ecchi harem series, as well as a show that was probably within the first 20 series I ever saw. Although a part of me is sad that Lala is no longer the main heroine in this series, a part of me is glad I still found it enjoyable, despite all the ecchi-ness getting annoying.